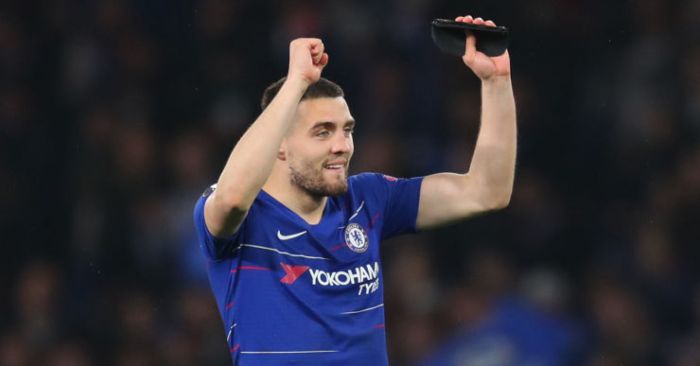 Chelsea ‘are having second thoughts’ about a permanent deal to sign Mateo Kovacic from Real Madrid.

Chelsea own the midfielder’s player registration until July and so he ‘won’t be considered a new addition if he stays on’. But it will revert back to Real at the end of the month, making a deal much more complicated.

The London Evening Standard report that the Blues are still mulling over the final decision, with Maurizio Sarri unlikely to be leading them into next season.

Sarri was keen to keep Kovacic despite his underwhelming performances in 2018/19, but he is now bound for Juventus. Chelsea are less enamoured with the player, particularly considering Tiemoue Bakayoko and Mason Mount will return from loan spells at Milan and Derby to offset the injury-enforced absence of Ruben Loftus-Cheek.

Real ‘have placed a £50m valuation on Kovacic,’ which appears to have piqued the interest of one of his former clubs. Inter Milan, now managed by former Chelsea boss Antonio Conte, have capitalised upon Chelsea’s ‘hesitation’ by opening talks of their own.

Chelsea were even reluctant to include the Croatian as part of Eden Hazard’s sale.