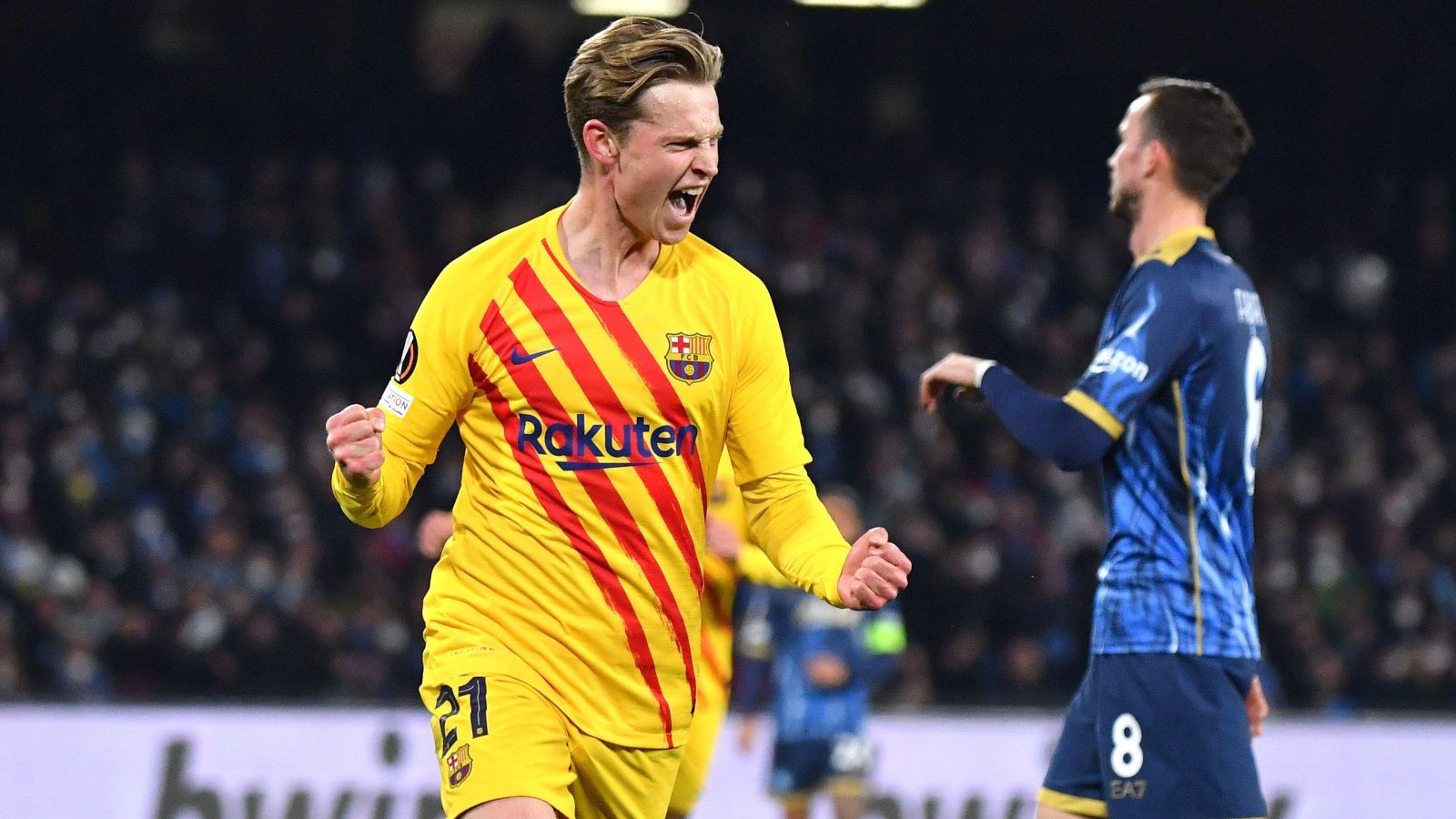 Chelsea are looking to hijack a deal for Barcelona midfielder Frenkie de Jong amid Man Utd negotiations, according to reports.

The Red Devils are understood to be in advanced negotiations for the Netherlands international but are still trying to agree a fee for the player.

Fabrizio Romano suggested today that, while an agreement between the two clubs is likely, De Jong still favours staying at Barcelona next season over a move to Man Utd.

The rumours of a possible move to Man Utd have been going on for months and supporters are growing tired of the slow nature of negotiations.

And the pace of talks could be to Chelsea’s advantage with Spanish journalist Gerard Moreno insisting that the Blues are now ready to launch a bid for De Jong.

Relevo journalists Sergio Santos and Toni Juanmarti add more meat to Moreno’s claims by insisting that Chelsea are ready to pursue the Barcelona midfielder with ‘force’.

It is understood Chelsea could have a major advantage over Man Utd in the transfer market with Barcelona keen on signing both Marcos Alonso and Cesar Azpilicueta.

The journalists add that Barcelona will attempt to buy the duo as part of the ‘same negotiation’ as the one for De Jong but as ‘independent operations’, with Chelsea ‘very interested’.

Azpilicueta triggered an appearance-related extension clause in his contract towards the end of last season but he could still leave Stamford Bridge.

When asked in May whether he would like to see Azpilicueta stay next season, Chelsea boss Thomas Tuchel replied: “I would hope strongly, he knows this, he knows it. We are still in the talks to find out the ideal solution.

“We had a lot of these talks because very genuinely it felt like he won everything after the Club World Cup, then suddenly given his personal situation I can understand these thoughts that maybe a cycle is at its end.

“Then it’s a change of ownership and he played only under this owner, in this structure, so it maybe increased even his second thoughts about his situation.

“But then his extension kicked in at the same time and he loves the club, he loves the challenge, he loves to be here and he is our captain. So we are still in a dialogue.”