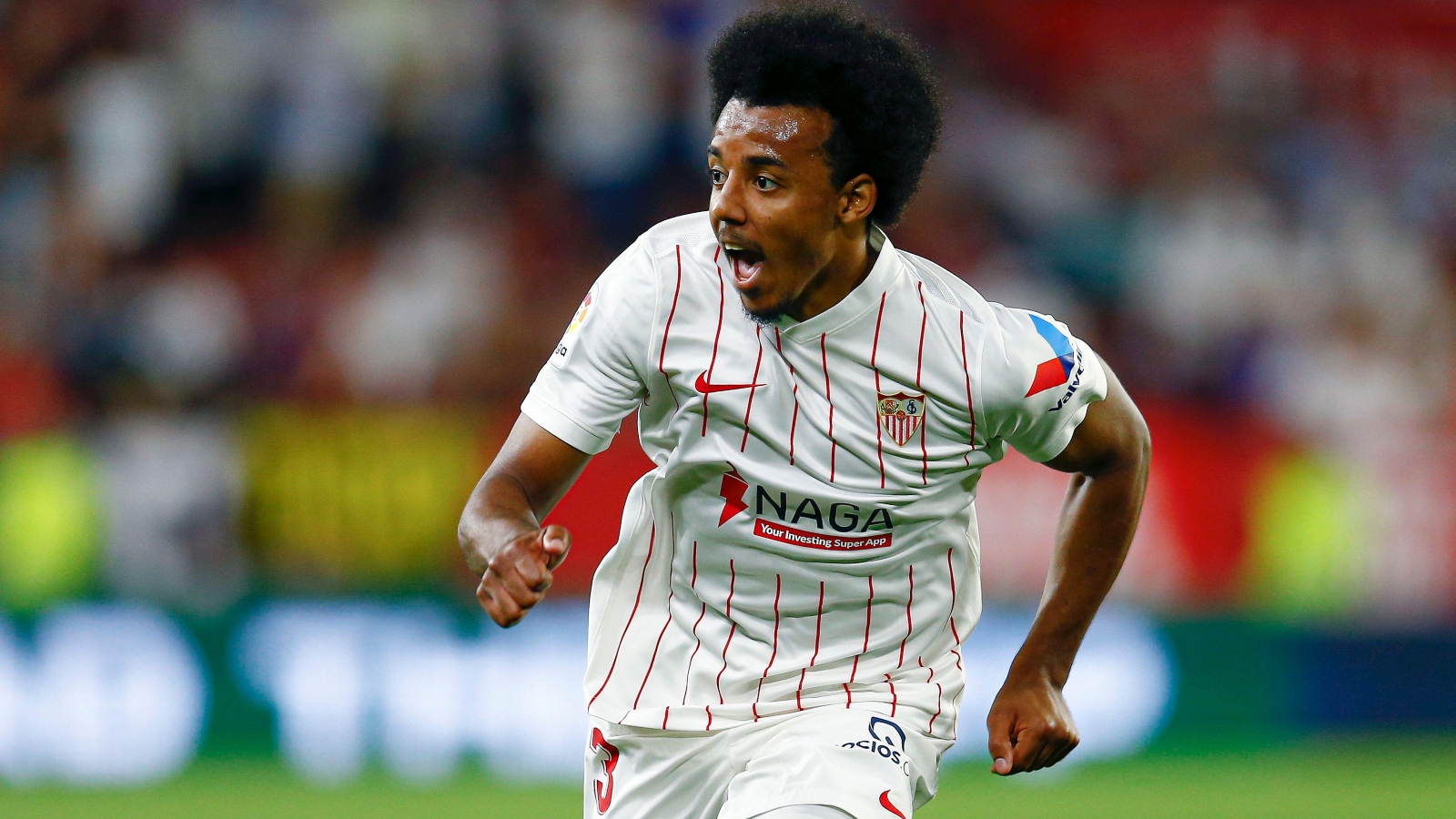 Jules Kounde’s future has finally been resolved after Barcelona confirmed they have signed the Chelsea target from Sevilla for a reported £41.87million fee.

The 23-year-old will join the Spanish side providing he passes a medical and agrees personal terms, which is not expected to be a problem given he has already posed for pictures in Blaugrana clothing.

It is a blow for Chelsea, who were hopeful of bringing the France international to west London, but now must look for alternative defensive options.

A Barcelona statement read: “FC Barcelona and Sevilla FC have reached an agreement for the transfer of Jules Olivier Kounde, awaiting the player passing a medical and the signing of contracts.”

Chelsea were reportedly keen on signing both Raphinha and Lewandowski before they both opted to join the La Liga giants.

The Premier League side had a bid accepted by Leeds for the Brazilian winger, however, Barca hijacked the deal to bring him to the Nou Camp.

Kounde joined Sevilla from Bordeaux in 2019 and made 133 appearances for the Andalucian club.

Chelsea lost defenders Andreas Christensen – to Barcelona – and Antonio Rudiger on free transfers this summer and although they have signed Kalidou Koulibaly, head coach Thomas Tuchel is still on the lookout for additional arrivals.

However, there have been rumours that they will turn their attention to Inter Milan right-back Denzel Dumfries, sparking talk that he or Reece James will play as a right-sided centre-half under Tuchel in 2022/23.

There may be further defensive outgoings in the summer transfer window, with Barca also keen on Cesar Azpilicueta and Marcos Alonso.

It would not be surprising to see Chelsea snub any approaches from the Catalan club given how they have gone about their summer business.

Should Alonso and Azpilicueta depart, it has been reported by Tuttosport that Chelsea will look to sign Dumfries and Milan Skriniar from Inter Milan.

PSG have been in talks with the Nerazzurri over a deal to sign Skriniar, though negotiations appear to have hit a standstill.

Inter reportedly want €45m for Dumfries and €70m for Skriniar – with PSG’s latest bid worth €60m.