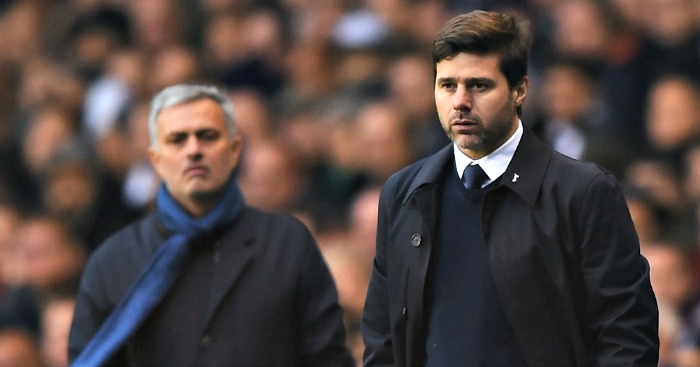 Chelsea are reportedly holding talks with Mauricio Pochettino, and hope the Tottenham manager could be appointed in the summer.

According to The Sunday Times, Chelsea have met with representatives of the Spurs boss and are encouraged by the positive talks.

Pochettino has emerged as one of the most sought-after managers in European football after guiding Spurs to an unprecedented Premier League title challenge in only his second season at the club.

The Argentine manager has kept faith with young talent since his move from Southampton, and the emergence of stars such as Harry Kane and Dele Alli has been under the watch of Pochettino.

Spurs are currently second in the Premier League, five point behind leaders Leicester, and are also still in contention in the Europa League when they face Bundesliga side Borussia Dortmund in the last 16 of the competition next week.

Pochettino has been heavily linked with a move to Manchester United, but reports suggest Chelsea are now targeting the Spurs boss as their long-term successor for Jose Mourinho, who was sacked by the club last December.

Italy manager Antonio Conte has been a much-publicised favourite to take over the hot seat at Stamford Bridge with his contract at the Italian Football Federation expiring after the European Championships this summer, and current interim manager Guus Hiddink insisting he does not intend to stay on at Chelsea beyond the end of the season.

The 46-year-old is reportedly targeting a move to England as his next challenge, but Pochettino emerging as a target for the Blues indicates that a deal is yet to be done.