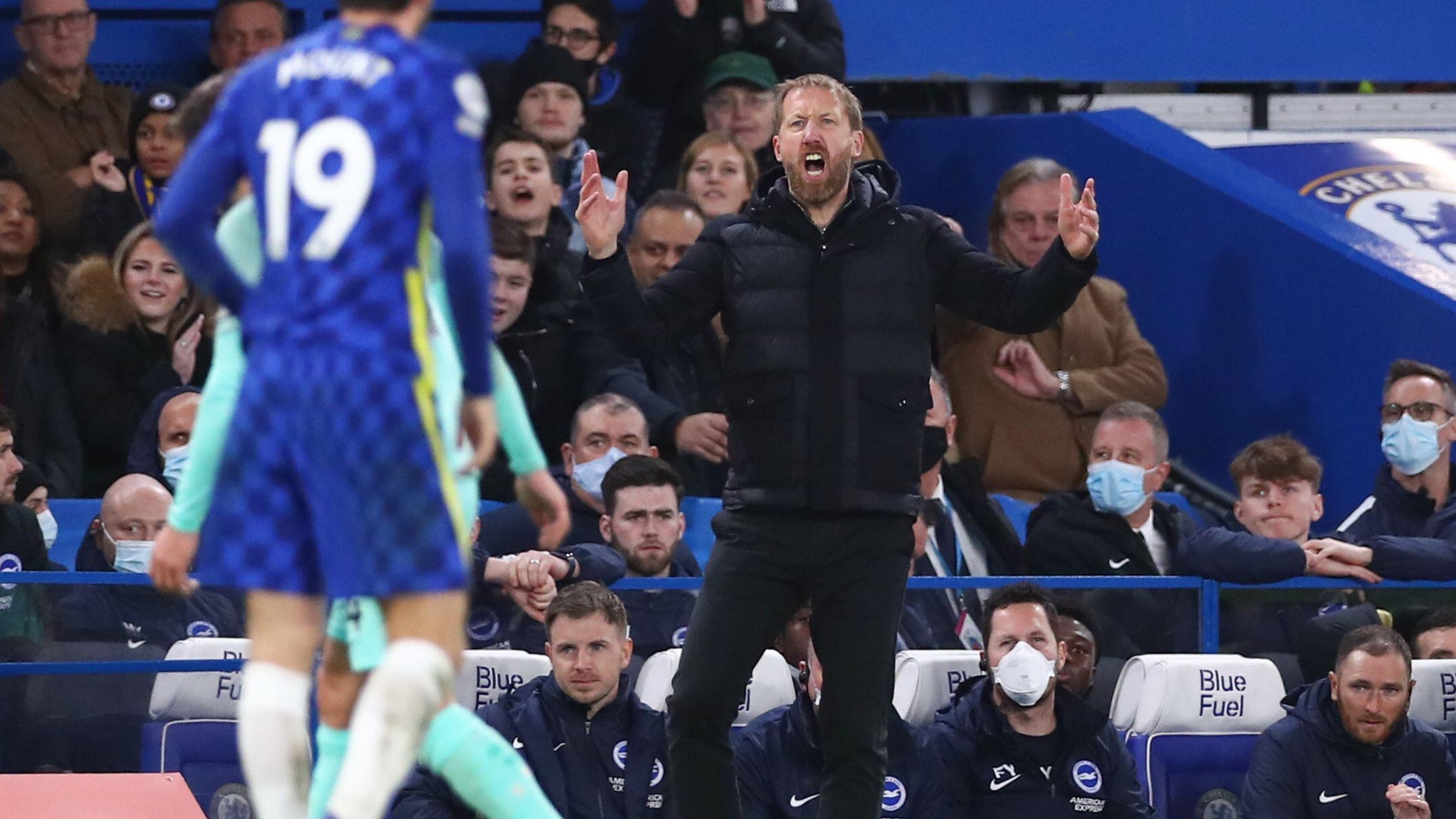 Chelsea are expected to approach Brighton for permission to speak to their head coach Graham Potter, according to reports.

The Blues announced on Wednesday that they have parted ways with Thomas Tuchel.

The decision has not caught too many by surprise given the club’s poor end to 2021/22 and slow start to this term.

Furthermore, Tuchel has been outspoken on transfers over the summer and was appointed by the previous regime, with Todd Boehly now running operations at Stamford Bridge.

Tuchel’s sacking comes 33 days into the new Premier League season and he is the second boss to be dismissed this term after Scott Parker left Bournemouth last month.

Chelsea were beaten 1-0 by Dinamo Zagreb in their opening Champions League group match of the campaign.

The Athletic correspondent David Ornstein has revealed the German head coach was not sacked due to this result, and that the decision was already made before kick-off in Croatia.

Interim staff at the club will take charge over the next few days as the Blues hierarchy search for a replacement.

They are hoping to get a new manager in before Saturday’s trip to Fulham, Ornstein adds.

Former Paris Saint-Germain and Tottenham boss Mauricio Pochettino has also been linked, as has Zinedine Zidane.

According to Sky Sports, Chelsea will likely contact Brighton today as they hope to speak with Potter.

Potter has done a terrific job at Brighton since replacing Chris Hughton back in 2019.

The 47-year-old is many people’s choice to become the next England manager after Gareth Southgate.

He is under contract until 2025 having managed over 130 Seagulls matches.

The football Potter has got the south coast club playing is mesmerising at times, and their full potential was on show in Sunday’s 5-2 win against Leicester City.

The former Swansea City boss has failed to guide Brighton to victory in any of the six games he has managed against Chelsea.

Albion have drawn four of the six, however, and don’t take on the Blues until October 29 at the Amex Stadium.

Whether Potter will be in the home or the away dugout that day remains to be seen.

Former Rangers striker and Sky Sports pundit Kris Boyd has backed the Englishman to be a success should he take over at Stamford Bridge.

“There are still three or four people in that (Brighton) squad right now who can go for over £50million, and that is down to the development of the manager,” he said.

“They (Chelsea) need a manager to come in there and be strong. There’s one thing about Graham Potter, there is no doubt he’s got it all.

“The way he handles himself, the way he goes about his business.

“A lot of things tick the boxes for Potter.”