Chelsea have already invested money in Timo Werner from RB Leipzig this summer... 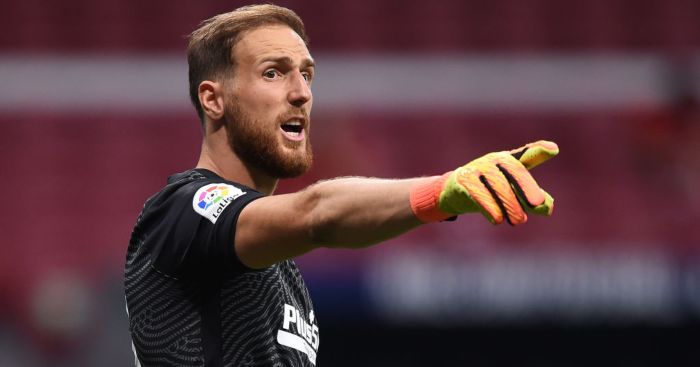 Atletico Madrid are not convinced that Chelsea will be able to afford both their goalkeeper Jan Oblak and other transfer target Kai Havertz, according to reports.

There has been much speculation over Kepa Arrizabalaga’s future at Stamford Bridge after making a number of costly mistakes this season.

He was even dropped for Willy Caballero midway through the season with the Spaniard showing an upturn in form on his return to the team before the Premier League was halted.

However, since the restart Kepa’s form seems to have dipped again and there have been question marks over his future at Chelsea.

That has seen the club linked with a move for Atletico goalkeeper Oblak if they miss out on the ‘impossible transfer’ that would see Marc-Andre ter Stegen swap Barcelona for west London.

Previous reports have indicated that Atletico would require any club to pay the Slovenian’s £109m buyout clause, which is likely to put off most suitors this summer.

Chelsea have already invested money in Timo Werner from RB Leipzig this summer, while Hakim Ziyech was purchased in January from Ajax, although he has only just linked up with the Blues.

There have been strong rumours that Bayer Leverkusen attacker Havertz will also come in this summer with Chelsea wanting to start the bidding at £63m despite the German side valuing him at £90m.

And their pursuit of Havertz means that Atletico are confident that Chelsea wouldn’t be able to afford Oblak too, according to Sport Bild‘s head of football Christian Falk.

“I always say that Oblak has a contract with Atletico and is the best goalkeeper in the world. It is not strange that he has offers from other great teams,” Cerezo told Marca.

“I say the same as always. Oblak has a contract, he is an Atletico player, period. We have many players, our squad is the club’s main asset. Oblak is a magnificent player and in his position, unquestionably, there is no one to beat him right now.

“For me, Oblak – and I speak as an amateur – is the best goalkeeper in the world. Regarding [Thibaut] Courtois, he is another great goalkeeper of those in the world and fortunately, both have played for us and with both we have been champions in many trophies.”