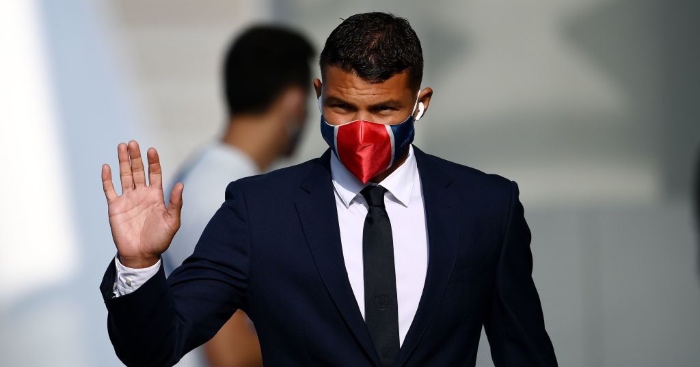 The 35-year-old signed a one-year Stamford Bridge contract on last Friday, with the club holding the option of adding another 12 months.

“Thiago Silva will bring with him a wealth of experience and know-how. I understand the signing 100 per cent,” Hasselbaink told GentingBet.

“Obviously, French football is also different than English football which is more demanding so he will have to look after his body especially as they are involved in the Champions League as well.

“But he is a great addition. Chelsea have a lot of young players and he will be there to help them.

“Chelsea have Jorginho who has done that job really, really well. If you look at him during the games when he’s playing, he speaks a lot to the to the young players.

“I think Thiago Silva will be the same. He’s somebody that that the young players can look up to because he’s won a lot. He’s played a lot for Brazil – he’s been there and done it. He’s also a very calm person who will help the young players relax.”

With the signings of Chilwell, Silva, Hakim Ziyech and Timo Werner, many onlookers are expecting the Blues to challenge for the title this season.

Kai Havertz also looks likely to join, while reports indicate they are still looking a new goalkeeper – but Hasselbaink doesn’t think they will win the Premier League next term.

“Chelsea needed to bring in new faces and they are doing it aggressively. What I like most is that things have been done quickly

“Timo Werner was done quickly, as was Thiago Silva and Ben Chilwell. They certainly do need to improve on last season and to do that, they need to get closer to Liverpool and Man City.

“That gap needs to be closed. Do I think they will be Champions this year or even challenge for the league?

“No, I don’t think they are there yet, especially with all the new additions coming in who will need to be given time. But they definitely need to make that gap smaller.”