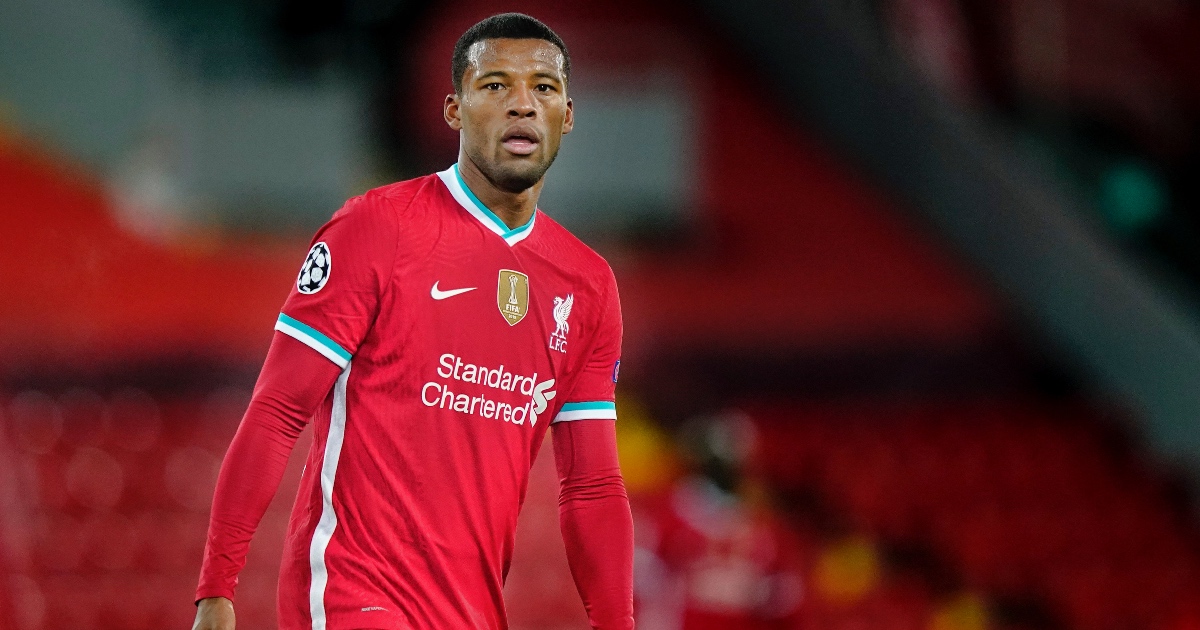 Chelsea are eyeing a shock move for out-of-contract Liverpool star Gini Wijnaldum, according to reports.

The midfielder looks set to leave Anfield at the end of the season after failing to negotiate a new deal.

He’s been heavily linked with a transfer to Barcelona, which would see him reunite with former Holland boss Ronald Koeman.

FEATURE: Five international break stars heading back to the bench

However, the Catalan giants will face competition from the Premier League for Wijnaldum’s signature.

According to Spanish source Marca (via Daily Mail), Chelsea have set their sights on the creative Dutchman.

They join not only Barca in the race, but Paris Saint-Germain and Juventus too.

The player’s future seems destined to become one of the stories of the summer transfer window.

Reds boss Jurgen Klopp is keen to keep Wijnaldum past this season.

He believes the 30-year-old does an ‘incredible’ job in Liverpool’s midfield alongside Fabinho.

However, he might have to start looking at potential successors.

The report states that Chelsea have lined up Wijnaldum as the perfect man to improve their midfield.

His experience makes him a great option to benefit Thomas Tuchel’s young squad.

The Frenchman would provide plenty of energy and ball-winning capabilities as usual, while Wijnaldum would link defence with attack.

Wijnaldum’s list of honours makes him an attractive proposition for chiefs at Stamford Bridge.

He’s won the Premier League and Champions League with Klopp’s side in recent seasons. Chelsea are hoping that he could add that experience to their squad, taking Tuchel’s players to the next level.

Wijnaldum was asked recently about his future. He said: “It’s not as easy as everyone thinks it is to make some decisions about your future.

“You have to think about everything and then first negotiate with the clubs and it’s so difficult. It’s why it takes so long.”

One example is Sheffield United star Sander Berge. The Norwegian international, signed from Genk in January 2020, has looked comfortable competing in the top flight.

With relegation looming for the Blades, Liverpool could swoop in to sign Berge in a cut-price deal.