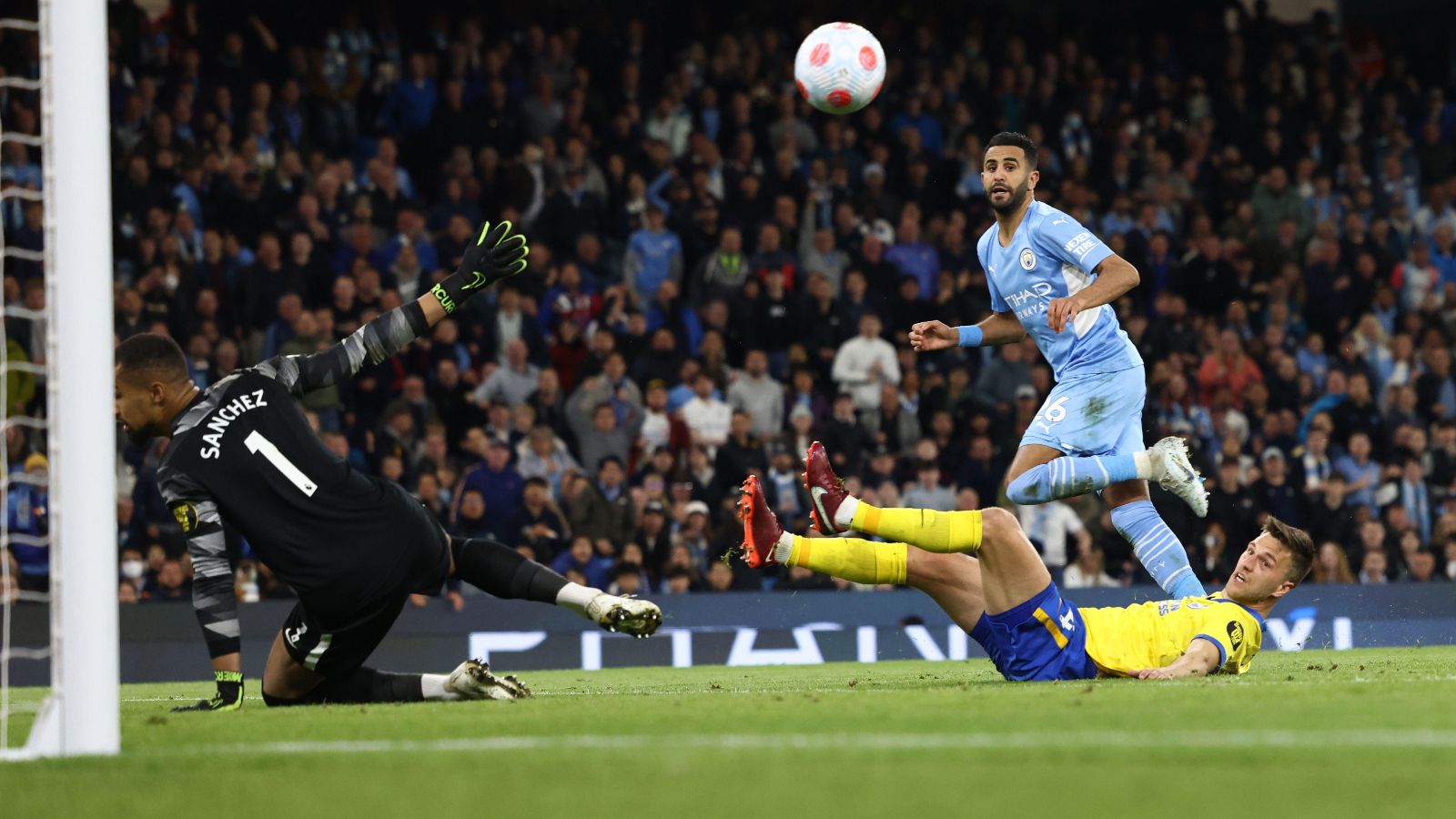 Chelsea are reportedly interested in Manchester City forward Riyad Mahrez, who is about to enter the final year of his contract at the Etihad.

The Algerian forward has been a key part of City’s success over the past four seasons, with 62 goals and 45 assists in 184 appearances for Pep Guardiola’s side.

Foot Mercato (via Sport Witness) claim Barcelona, Real Madrid and AC Milan are all keen on the winger, and Chelsea too are among the clubs ‘following’ him.

Despite his excellent form, there are suggestions that City may look to cash in this summer rather than losing him on a free transfer the year after.

And with the expected arrival of Erling Haaland this summer, City will be looking to make room on the wage bill and find ways to fund the deal.

It’s reported that Haaland will sign a five-year deal at City worth £500,000 per week with exorbitant fees also expected to be paid to his agent and father.

Chelsea’s ability to land Mahrez will rely first on the willingness of the new owners to back Thomas Tuchel in the transfer market, and secondly on City’s inclination to sell to a direct rival in the Premier League.

He said: “I think that not only the fans, but also the team and the club are fed up with the whole circus.

“At BVB, players will score goals even without Haaland. That has always been the case. I actually think it will help Dortmund in the short or medium-term if Haaland is no longer there.”

The German also criticised Haaland’s body language this season, claiming that he has been “disrespectful” at times.

“He drew a lot of attention to himself. Then he did his lap of honour in front of the Sudtribune alone in the winter. His gestures, his waving off and his body language have been disrespectful at times.

“He missed a lot of games and you also have to remember that BVB also suffered defeats with him. That’s why I think Haaland is better off elsewhere. And I also believe that Dortmund will benefit from the money they will get for him.

“Without Haaland there is also a huge opportunity. Maybe a (Donyell) Malen will blossom, for whom it has not been easy to score goals next to Haaland. I believe that BVB, with the players they’ve already brought in, will be better without Haaland next season than with him.”