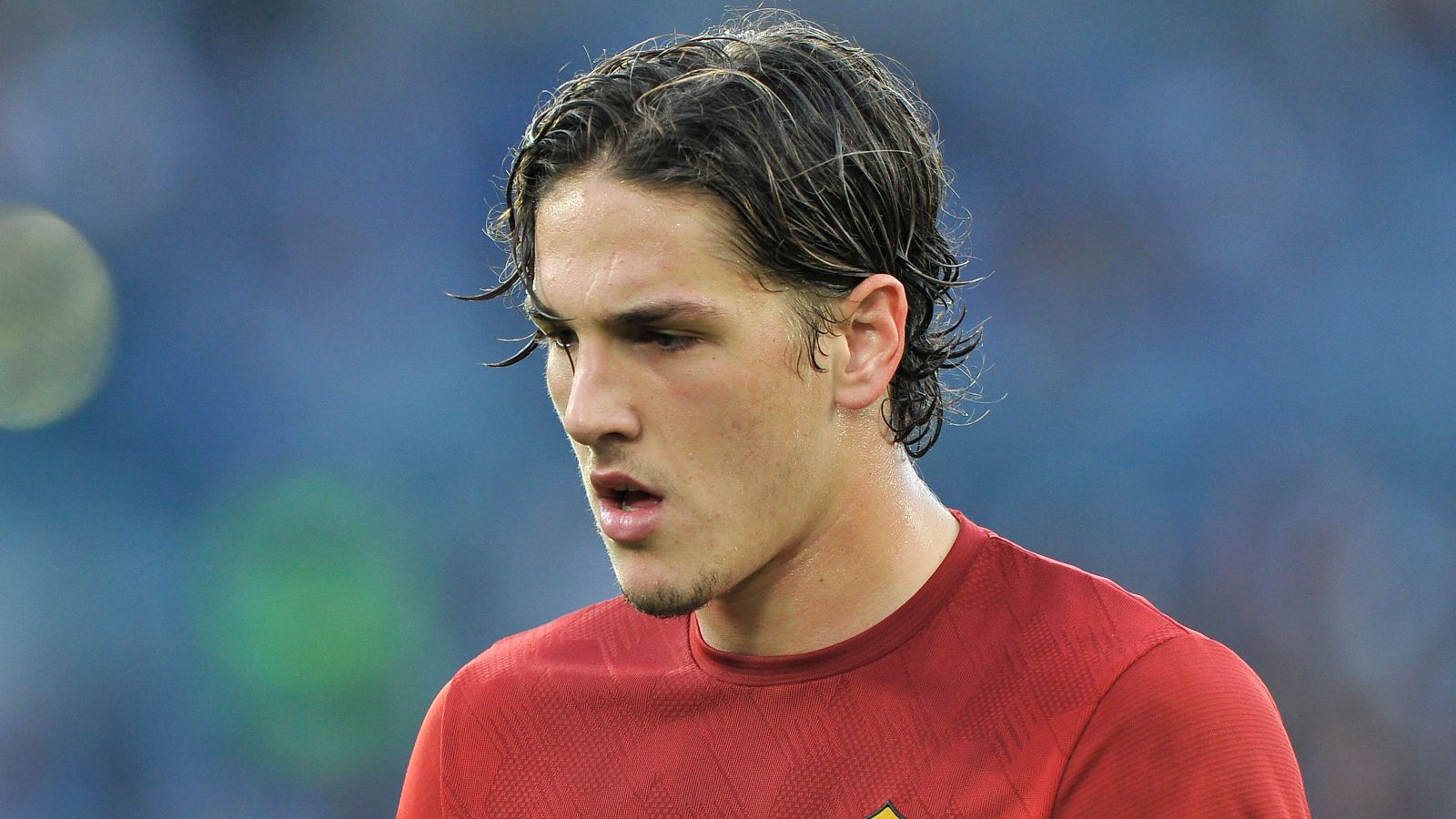 Premier League rivals Chelsea and Tottenham Hotspur are two clubs in the race to sign Roma midfielder Nicolo Zaniolo, according to reports.

Zaniolo had a brief spell at Inter Milan earlier in his career, though he has been with Inter Milan since 2018.

The midfielder came into Roma’s team straight away, though his progress was halted in 2020 when he suffered a serious knee injury.

Mourinho made a swift return to management last summer as he took over at Roma after leaving Tottenham.

Zaniolo was among the manager’s star performers last term as he grabbed eight goals and nine assists across all competitions.

Inevitably, this form has attracted interest from clubs in the Premier League. It has previously been reported that Roma value him at €50m (£42m).

Now Fichajes are reporting that Chelsea, Tottenham and Juventus are the three clubs ‘fighting’ to sign Zaniolo.

It is claimed that his versatility would ‘come in handy’ at Spurs. Antonio Conte is an admirer of Zaniolo, as he tried to sign him while in charge at Inter Milan.

They add that Chelsea have ‘joined’ the race, though their stance has ‘not gone beyond mere interest’. So don’t get too excited, Blues fans.

An issue Chelsea have is that before they sign a player like Zaniolo, they must first make sure that the likes of Timo Werner and Hakim Ziyech are ‘not in Thomas Tuchel’s plans’.

Zaniolo has constantly been linked with a move to England in recent months. But with Juventus also keen, we may have a Wesley Sneijder-esque situation on our hands.

Todd Boehly’s consortium completed their takeover of Chelsea towards the end of May.

The Blues are in the United States for pre-season and Reece James has revealed that Boehly has personally addressed all of the club’s players:

“He [Todd Boehly] has spoken to everyone individually. The camp feels stable, and everyone is looking forward to next season under the new ownership,” James said (via Chelsea’s official website).

“He said that not much is changing. He’s here to win trophies and nothing changes from the club’s perspective.”

On Ben Chilwell, James added: “He had a significant injury last year and it is hard to be in the right frame of mind to keep on with your rehab.

“He’s done well to get back much quicker than he was meant to and he’s a great addition to have back and the start of the next season.”