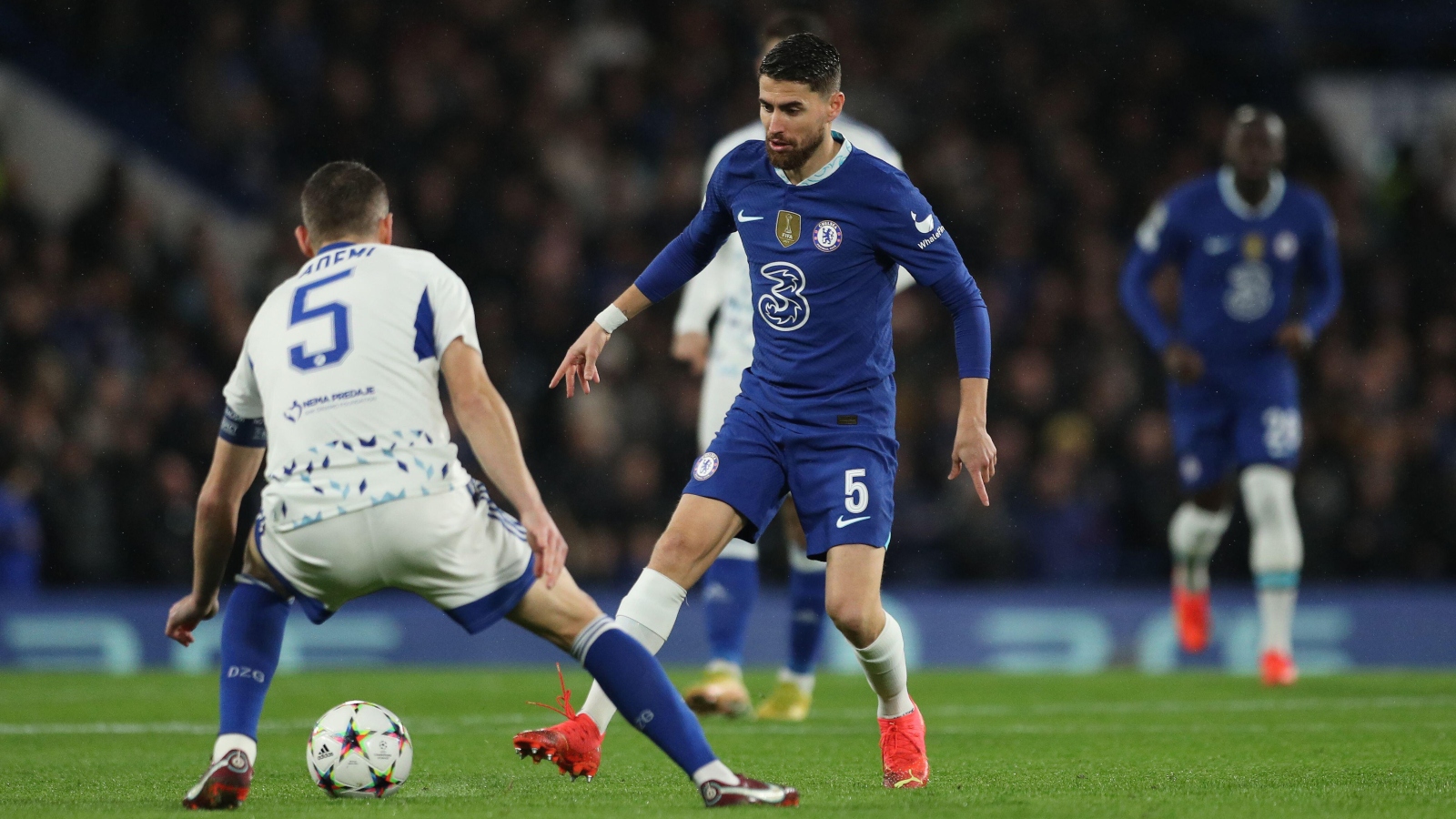 The agent of Chelsea midfielder Jorginho has denied rumours that he has met with Barcelona over a potential free transfer in 2023.

The 30-year-old joined the Blues from Napoli in 2018, penning a five-year deal.

He has not signed a fresh contract since moving to London, meaning his current deal is set to expire next year.

As a result, the Euro 2020 winner will be free to discuss a pre-contract with clubs outside of England from January 1.

His team-mate, N’Golo Kante, is also out of contract next year, but Chelsea are reluctant to offer the Frenchman fresh terms due to his injury problems.

Jorginho is available for the Blues more often than not and is also nine months younger than Kante, making him a more reliable long-term option should the club wish to extend his contract.

He has once again discussed his future, saying that he is “very happy” in the capital, hinting that he is open to signing a new contract.

“I’m very happy at the moment we’re all very focused on what we need to do,” Jorginho said. “I’m enjoying life here.

“I’m enjoying working with everyone and I think everybody says the same thing. It’s enjoyable to be at Chelsea.”

Despite this, interest in the Italy international is growing.

Barcelona are believed to be Jorginho’s biggest admirer, and it has been reported that his agent, Joao Santos, met with the La Liga club’s director Mateu Alemany.

Santos has denied these rumours, insisting that the player’s priority is to extend his Chelsea contract.

“It is not true that I’ve met Mateu Alemany,” he told Relevo.

“Our priority is to extend with Chelsea; that’s the only club I’ve talked to in the last few weeks. Jorginho’s future is at Chelsea.”

While Barca are thought to be interested, Spanish outlet SPORT have claimed this week that Italian champions AC Milan are also keen.

Jorginho joined Chelsea from Serie A, so could be open to a return to Italy.

The report says Barca and Milan are two clubs ‘best positioned’ to land Jorginho as a free agent.

Both clubs are making moves behind the scenes to ensure the ‘Jorginho operation’ does not fall flat on its face.

However, the Catalan club need to reduce their wage bill before being able to complete the signing of the experienced midfielder.

This is a common theme in every Barca transfer, with their financial situation well documented.

Milan will be able to further benefit from the tax system in Italy, which is less aggressive than in Spain.

Although I said Jorginho’s history in Serie A could tempt him to go back, the report states that it could have the opposite effect, and that he will be eager to take on a fresh challenge.

The former Napoli man has made over 200 appearances for Chelsea, scoring 29 goals.

READ NOW: Coventry City winning on the pitch but how long will they have a pitch? The saga continues