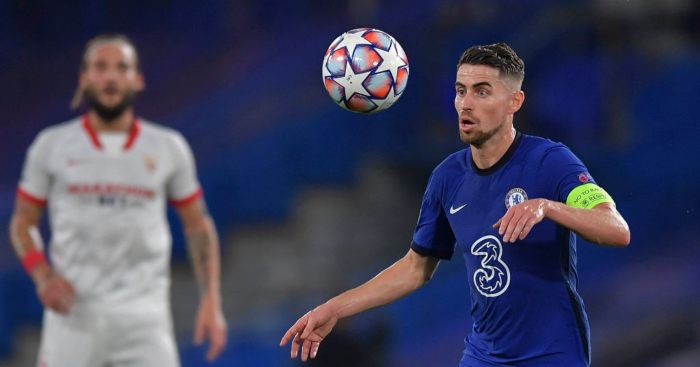 Chelsea midfielder Jorginho has responded to claims that the Blues’ Premier League rivals Arsenal wanted to buy him in the transfer window.

Mikel Arteta was assistant to Pep Guardiola when Manchester City tried to sign the Italian in 2018, and is thought to be a big admirer of his ability.

Jorginho instead opted to follow his manager Maurizio Sarri to Stamford Bridge and now finds himself working under Frank Lampard.

There were rumours that Arsenal were interested in Jorginho this summer as an alternative to Thomas Partey and Houssem Aouar.

The Gunners signed Partey on deadline day for £45m but Jorginho admits that there was some interest from Arsenal.

“I believe that every player is open to negotiations,” Jorginho told ESPN Brazil.

“So I believe there was something they talked about. And in the end it was decided that I remain here. Now my head is here and we’re going to do a great job with Chelsea, which I always wanted to do.”

Chelsea spent over £200m on new players this summer with their overall transfer business impressing Jorginho.

The Italy international added: “They had a big market. The players who arrived have great potential and can certainly help this club a lot.

“So I believe that the arrival of these great players only brings good things and will certainly help the group and the club.