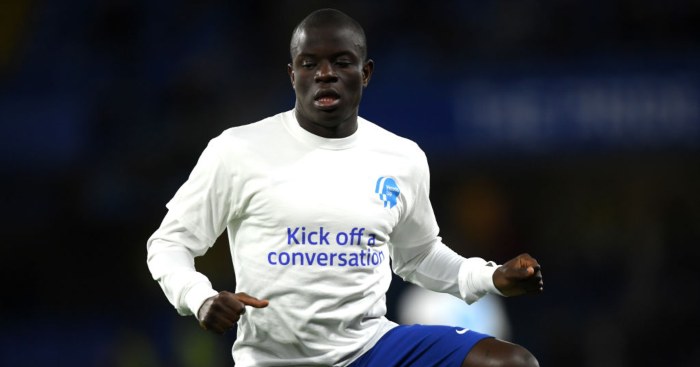 Jorginho and N’Golo Kante could be sold as part of a new transfer policy at Chelsea, according to reports.

Chelsea are set to be one of the summer window’s biggest spenders with a deal for Timo Werner reportedly set to be completed in the next couple of months, while they had already tied up a transfer for Ajax’s Hakim Ziyech – who will join at the end of the campaign.

The Sun claimed on Tuesday that they will also ‘go head-to-head with Manchester United in a £70million battle for Kai Havertz’ who has emerged as one of the most desirable players in world football.

In the same report they reveal plans to implement a new transfer policy with Chelsea ‘now operating under a “one-in and one-out” system’.

Havertz and Ziyech would reportedly be ‘direct replacements’ for Pedro and Willian, who are expected to leave this summer.

However, with big spending planned at Chelsea, Frank Lampard will have to ‘trim the numbers’ further.

And The Sun adds that ‘it is in the heart of midfield where that is most likely to happen’ with Kante potentially moving ‘back to his birthplace Paris to join PSG’.

Jorginho ‘is another possibility to leave and rejoin former Blues boss Maurizio Sarri at Juventus’.