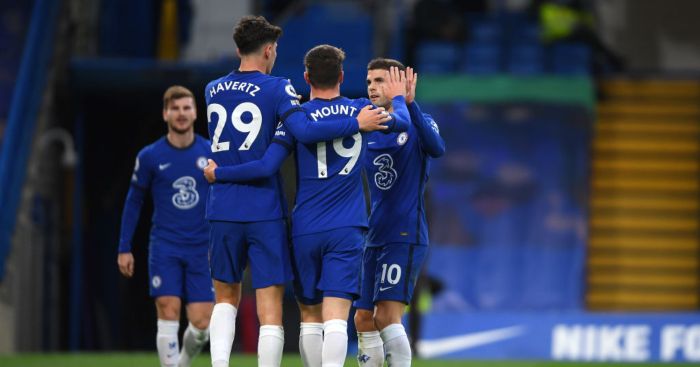 Chelsea duo Kai Havertz and Christian Pulisic are likely to miss the Premier League club’s next match against Newcastle United at the weekend.

The Blues travel to Newcastle United on Saturday with a chance of going top of the Premier League temporarily, with other sides in the top five playing later in the weekend.

However, they could be without two of their most influential players at St James Park, with both Havertz and Pulisic doubts for the match.

Germany international Havertz contracted Covid-19, missing Chelsea’s recent Champions League clash with Rennes at Stamford Bridge, and has been self-isolating ever since.

Havertz missed Germany’s internationals against Czech Republic, Ukraine and Spain over the last fortnight but The Athletic say he has now been ‘given the all-clear to resume training and will be part of the preparations for the Newcastle contest’.

The report, though, does warn that because he has ‘only done a limited amount of exercise at home’ it will be unlikely that he will play against Newcastle.

Meanwhile, the same report in The Athletic adds that Pulisic is ‘going to face at least another week or two on the sidelines’ after injuring his hamstring in the warm-up ahead of Chelsea’s win over Burnley.

The report continues by saying that the USA international is ‘still suffering from a few complications and Chelsea are wary about rushing him back’.