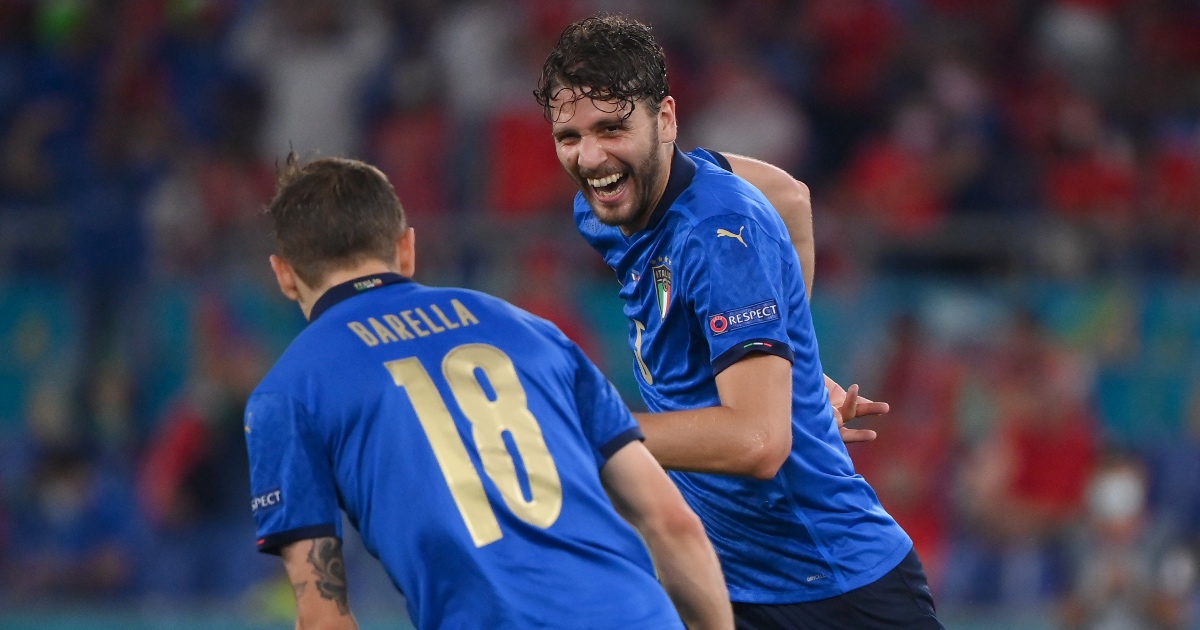 Chelsea are keen on signing Italy and Sassuolo star Manuel Locatelli, but could face competition from other European clubs.

The midfielder has shone so far during Euro 2020 and is attracting interest from some of Europe’s elite as the transfer market begins to heat up.

Locatelli has scored two goals in two appearances so far in this summer’s competition typifying the Italians quiet quality as they continue to impress as Euros underdogs.

The 23-year-old made 34 appearances for Sassuolo last season who finished eighth in Serie A with the defensive midfielder paramount to their play.

Football.london have reported that Manchester City and Arsenal are both interested in Locatelli too with interest also coming from Serie A competitors Juventus.

Chelsea have a wealth of talent in midfield, but manager Thomas Tuchel is hoping to add even more quality to his side which already has N’Golo Kante, Matteo Kovacic and Jorginho fighting for a starting spot in defensive midfield.

Journalist Fabrizio Romano has also reported that there is a queue of clubs from Germany and Spain looking at singing Locatelli in a recent video with ArsenalFanTV host Robbie Lyle.

Arsenal are hunting for a new defensive midfielder as they look to overhaul their current squad after a very disappointing season last year.

Despite Mikel Arteta’s reported interest in Locatelli, the Gunners have submitted a bid for Anderlecht midfielder Albert Sambi Lokonga.

Arsenal have reportedly had a £12million bid rejected for the 21-year-old, but are hopeful of completing the transfer with both Matteo Guendouzi and Lucas Torreira likely to leave North London this summer.

Arteta’s side could be short of players in the centre of the pitch going into next season with ex-captain Granit Xhaka set to join Roma to work with Jose Mourinho.

Locatelli was quizzed on his future recently, but the Italian has remained tight lipped and focused on the task at hand with his national side.

He said:  “It’s just talk. I will decide after the European Championship.

“There’s such an important competition to play in, and I’m only focused on this.

“I rely on what happens on the pitch, the real things, everything else is just gossip, it’s useless to talk about it.”