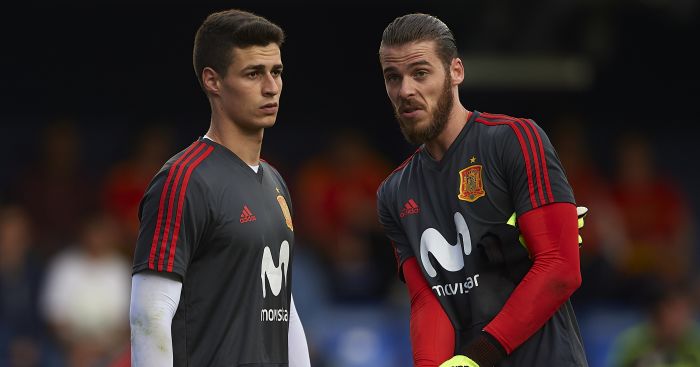 Kepa Arrizabalaga has dodged questions over whether he could usurp David de Gea as the Spanish national team goalkeeper.

The shot stopper joined Chelsea in a deal worth £72million (€80million) this summer and the Blues have won all four Premier League matches since his arrival.

He is the main rival to De Gea’s No 1 jersey in the Spain squad and he faced some awkward questions ahead of Spain’s Uefa Nations League match against England over the weekend.

“It is a question for the coach,” Kepa told AS when asked about beating De Gea to the Spain No 1 jersey.

“What I will do is work, although it is clear that we all want to play.

“The coach will decide the best for the team but in practice I will try to make an effort for the good of the group above all.”

When asked if he sees himself as equal to De Gea in terms of ability, Kepa added: “I have always stayed focused, working to the fullest.

“All players work to compete and play.

“The coach decides and we will accept whatever it is, always in good harmony.”