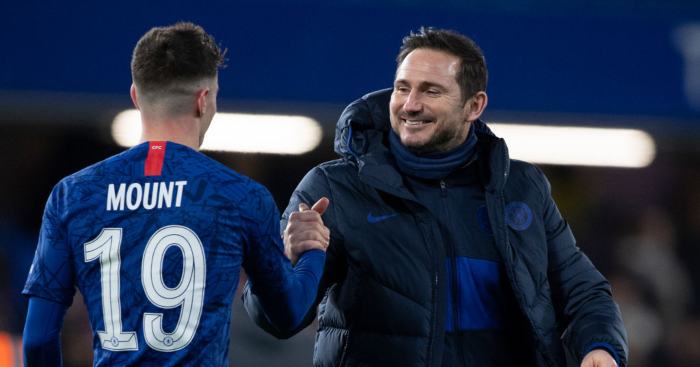 Frank Lampard says the social media criticism of Mason Mount is unwarranted and insists he is not “getting any favouritism” at Chelsea.

Mount has faced some harsh treatment on social media from fans questioning his right to be in both the Blues team and the England side.

READ MORE: Mount’s ‘crime’ is being more Lampard than Grealish

Some even labelled  the 21-year-old ‘Lampard’s son’ amid accusations of favouritism.

But Lampard said: “I think we have a huge fanbase and the social media world has changed the way people critique football and it’s easy for someone to sit on a phone and make harsh statements.

“With Mason, maybe he looks clean cut. I think he’s doing an advert at the minute where he takes his top off, and that’s about as edgy as Mason gets.

“He doesn’t do triple stepovers or flicks over the back of his head, he makes really efficient, clean sharp passes. He presses as well as any midfield player I’ve worked with or played alongside.

“There are 100 things in his game that impress the managers that he works for. But because he doesn’t have an Instagram reel of those kind of flicks and it’s a different type of football, it’s easy for people to bracket him off.

“Make no mistake, Mason Mount or any player in this squad will not be getting any favouritism when it comes to picking this squad.”

Online criticism is water off a duck’s back to Mount, who said: “I don’t think about that side. I know that the focus is on the pitch. It doesn’t bother me too much.

“It means a lot to me to have two managers in Lampard and Gareth Southgate who have trust in me.”