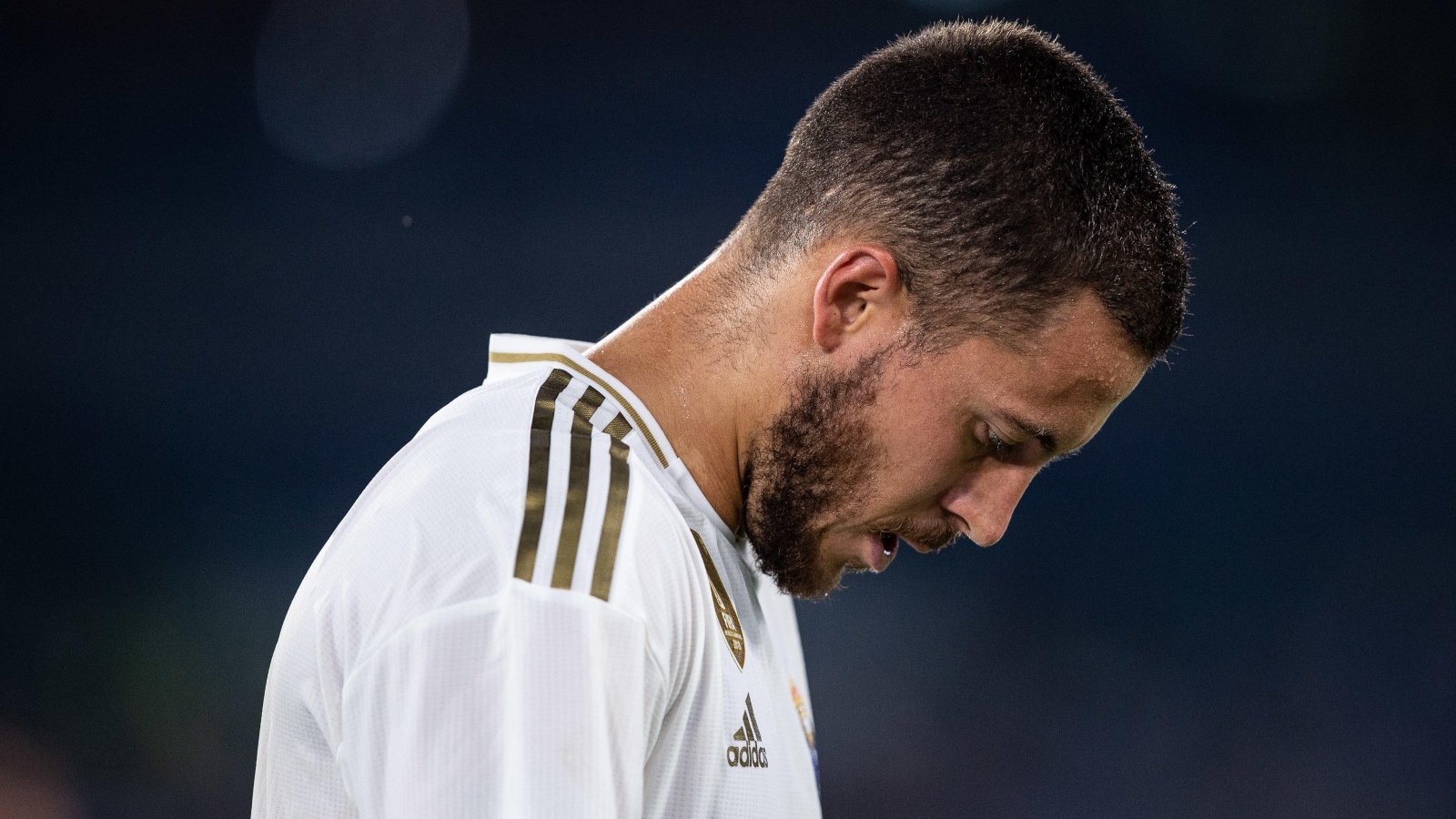 It is astounding how often a record transfer ends up being a gargantuan flop. A Chelsea legend features in our list of six.

Every fee is taken from Transfermarkt.

Tanguy Ndombele (Tottenham)
In July 2019, Tottenham smashed their transfer record by signing Tanguy Ndombele from Lyon for £54m. The French playmaker had shone for the Ligue 1 outfit and was able to showcase his skills to English fans when they outplayed Manchester City home and away in the Champions League.

The move made sense. Ndombele had made his France debut at the age of 21 in 2018, though it’s telling that six of his seven Les Bleus’ appearances came before he joined Spurs. He was recalled by Didier Deschamps in March last year to play 82 minutes against Kazakhstan in a World Cup qualifier but that already feels like a long time ago now. He has struggled in the Premier League – often criticised for his fitness and work rate – and instantly fell out of favour under Antonio Conte after a mini-revival with Nuno Espirito Santo in charge.

The 25-year-old scored ten goals and provided nine assists in 91 games for Spurs and it is very likely that he has played his last game for the north Londoners. Conte is not a fan of him, Giovani Lo Celso or Harry Winks, with a midfield clear-out on the cards this summer. Ndombele was loaned back to Lyon in January and the French side have the option to buy him, while an ‘unknown Spanish club’ has also opened talks with the midfielder’s representatives.

It has been a disastrous signing for an awful lot of money. Not that any of us spotted it at the time.

Sebastian Haller (West Ham)
The Champions League demon that is Sebastian Haller is West Ham’s record arrival at £45m. The French striker impressed for Eintracht Frankfurt and was signed by Manuel Pellegrini, who plotted to finally bring a competent No. 9 to the London Stadium. He scored 33 times for the German club after scoring 51 in 98 for FC Utrecht. But 14 in 54 for the Hammers was a disappointing return from a player who came to the Premier League with big expectations.

What makes Haller’s time at West Ham even more disappointing is the fact he has been one of the best strikers in the world since his exit. The 27-year-old helped Ajax win every single group stage game in this season’s Champions League, but his side were knocked out in the last 16, quite surprisingly, to Benfica. Despite only playing eight games in the competition, Haller scored 11 goals, including at least one in every single match except their 1-0 loss to Benfica in their second leg. His four goals in Portugal against Sporting on matchday one certainly made people take notice, but I don’t think many expected him to keep scoring, and scoring, and scoring.

Haller found the back of the net 34 times in 43 appearances in 2021/22 as Ajax won the Eredivisie again.

Most goals by an African in a single #UCL season:

The Ivorian can extend his record tonight.

Eden Hazard (Real Madrid)
Real Madrid must have really, really, wanted to sign Eden Hazard from Chelsea. They paid £103.5m for his services, despite the fact he only had one year left on his Chelsea contract. Although he is the first player and one of two on this list that still plays for the team that broke their transfer record to sign them, Hazard must be regarded as a Los Blancos flop.

Having joined at the age of 28, the Belgian winger is now 31 and has a horrid injury record. In three years, he has only played 66 times for the Spanish giants, scoring a colossal six goals in that time. Hazard played 23 times this season, scoring once and providing two assists. Out of those 23 appearances, he started eight. He might have a Champions League winners’ medal, but the Chelsea legend was only on the pitch for 83 minutes of Madrid’s European campaign.

Over £100m for a player with less than a year on their contract is a ludicrous piece of business, no matter who the player is. When that player then becomes someone who is hardly available due to injury and is underwhelming when called upon, it becomes a disastrous deal by any measure. Hazard is a shadow of his former self who lit up the Premier League for Chelsea, which is a shame.

Giannelli Imbula (Stoke City)
Looking at Stoke’s list of record transfers is quite bleak. Their top ten record arrivals features a couple of good names, such as Peter Crouch, Kenwyne Jones and Xherdan Shaqiri. But it also features Kevin Wimmer, Badou Ndiaye and of course, Giannelli Imbula. Mark Hughes brought Imbula to Stoke for over £21m from FC Porto and the midfielder now has a market value of £540,000 (Transfermarkt) after spending six months without a club between September 2020 and March 2021.

He first impressed for Marseille and was snapped up by Porto, for whom he also starred. This earned him a move to the Premier League halfway through the 15/16 campaign. Having played in the Champions League earlier that season, Imbula was now finding out if he can cut it on a Tuesday night at Stoke, for Stoke. He could not. The Potters finished ninth after a terrific campaign and then finished 13th in 16/17, four points above 17th and two points behind eighth. Imbula had meanwhile fallen out of favour, making only 15 appearances across all competitions that season.

Imbula was sent on loan to Toulouse after failing to impress in a side that gradually got worse as they ultimately went down while the Frenchman was playing in his home country. A loan to Rayo Vallecano followed before a stint with Lecce. Imbula eventually left in 2020, joining Russian side Sochi on a free transfer. Released a few months later, the former Porto man was a free agent before finally joining Portimonense.

Denilson (Real Betis)
Real Betis didn’t just smash their own transfer record; they broke the world transfer record when they signed 20-year-old Brazilian winger Denilson from Sao Paulo for over £28m in 1998. He joined as a real flair player and trickster without a great scoring record but was a full international and eventually a part of Brazil’s 2002 World Cup-winning squad. After playing one minute in the final against Germany, Denilson only played featured two more times for his country with his final appearance coming in a friendly against China in 2003 at the age of 25.

Betis gave Denilson a ten, yes TEN, year contract when he signed but he did not have a positive influence on the Spanish side as they were relegated in his second season after scoring five goals. In his seven years in Spain he didn’t score more than three league goals in a season and was later snubbed by Bolton in 2009 after he joined as a trialist.

Denilson signed for Bordeaux in 2005 and played football in Saudi Arabia, the USA, Brazil and Vietnam before retiring in 2010. On his Transfermarkt page, it states that Denilson joined Ibis SC in his home nation on March 23, 2022, and left a day later. Interesting.

In 1998, Real Betis bought Denilson for £21M, breaking the 𝙬𝙤𝙧𝙡𝙙 𝙧𝙚𝙘𝙤𝙧𝙙 transfer fee at the time.

They were relegated the following season. pic.twitter.com/5yfN5ky7xm

Nicolas Pepe (Arsenal)
This could be the most controversial inclusion as his record when he actually plays is not too bad; but it is fair to say that Nicolas Pepe has not even nearly justified his hefty £72m price tag. The fact that Pepe is reportedly available for around £25m in the upcoming transfer window speaks volumes, with Mikel Arteta and Arsenal ready to cut ties with the Ivorian winger.

In 18/19, Pepe was incredible for Lille, scoring 22 goals and providing 11 assists in Ligue 1 as his side finished second. Unsurprisingly, a number of clubs were keen, but it was Arsenal who bit the bullet and paid a whopping fee to bring him in, smashing the transfer record that was held by fellow African, Pierre-Emerick Aubameyang. He showed glimpses of the player the Gunners thought they signed in his debut season, scoring eight times in total. The following campaign was solid as he scored ten times in 29 league matches, bagging a brace in both of his side’s last two matches of the season.

Pepe’s goalscoring touch seems to have since deserted him as he scored once in the league last season. He was only given a start eight times in all competitions thanks to Gabriel Martinelli, Martin Odegaard, Bukayo Saka and Emile Smith Rowe’s form, and when called upon, he failed to impress barring the odd appearance like against Wolves at home when his introduction was instrumental in his side’s comeback. Not sure that was worth £72m, mind.