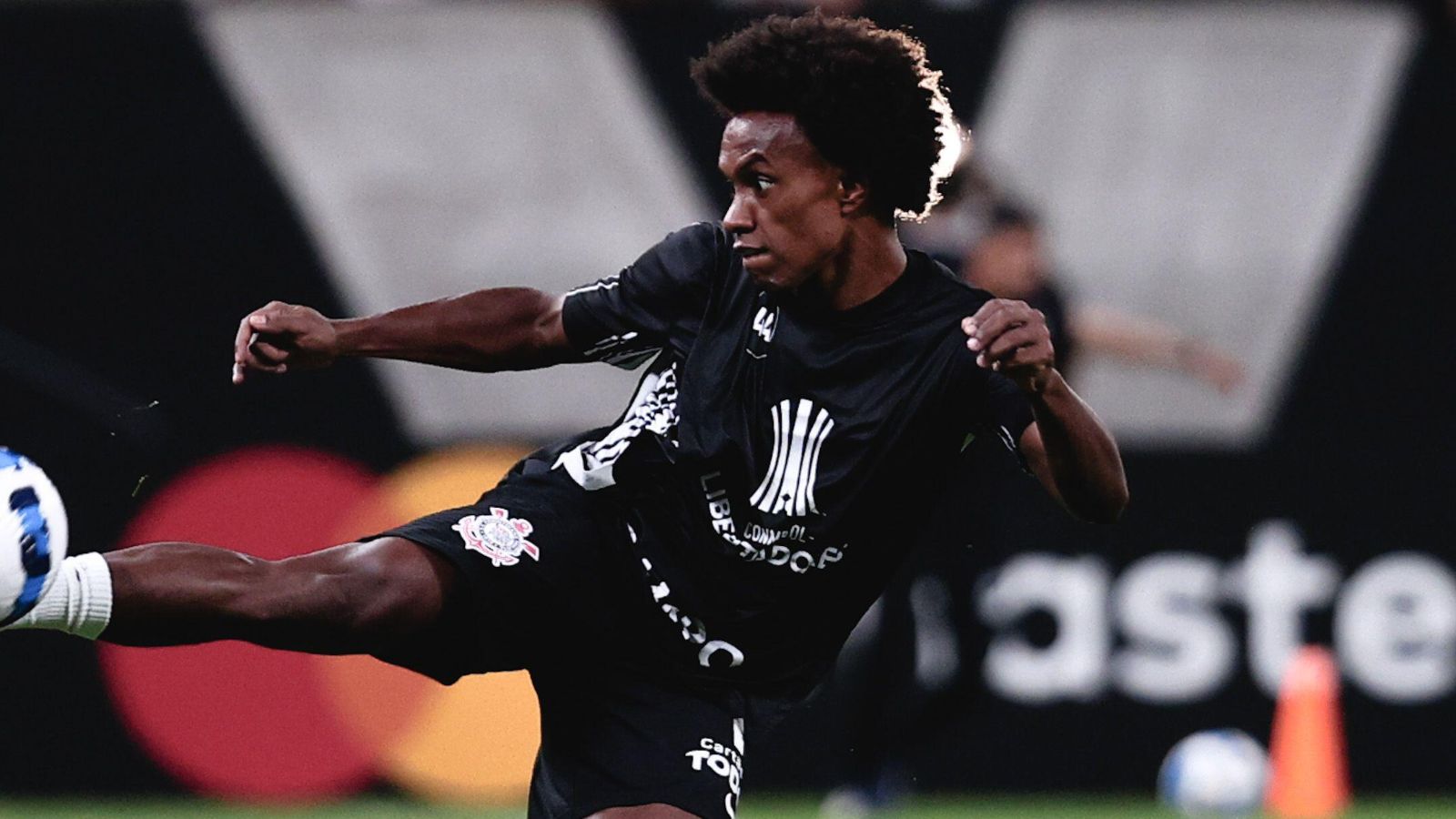 Fulham are set to complete the signing of Willian after the former Chelsea and Arsenal forward had his contract terminated by Corinthians.

A less successful year-long spell at Arsenal followed before he returned to his homeland and Corinthians last summer.

But he’s now set to return to the Premier League having had his contract terminated by the Brazilian side.

Fabrizio Romano has confirmed that Willian will undergo his medical with Fulham on Tuesday ahead of a move to Craven Cottage.

The 34-year-old has been training with the Premier League new-boys as he prioritised a return to England this summer.

Willian is said to have received offers from a number of European clubs but has impressed Marco Silva enough to persuade the Fulham manager into handing him a contract.

Kurzawa – who joined PSG from Monaco for £22.5m in 2015 – did not feature at all for the French giants last season and has been told he is not part of their plans.

Silva is also still keen on adding Justin Kluivert to his ranks before the close of the window, but there is work to do to agree a fee with Roma.

Roma signed Kluivert from Ajax in 2018 before the Dutch forward had loan spells with RB Leipzig in the Bundesliga and Ligue 1 side Nice, for whom the 23-year-old got four goals and six assists in 27 games last term.

The winger reportedly agreed terms with Fulham a couple of weeks ago, with the Premier League side said to want a loan deal with option to make the move permanent for around £10m.

Despite Roma boss Jose Mourinho freezing Kluivert out, the Serie A side are said to want a hefty loan fee up front, which is said to be the cause of the hold-up as things stand.

Fulham lost their first game of the season to Arsenal on Sunday but have got off to a good start on their return to the top flight with five points from their opening four fixtures.