Gianfranco Zola is concerned that Eden Hazard is "low in physicality" following a testing festive schedule. 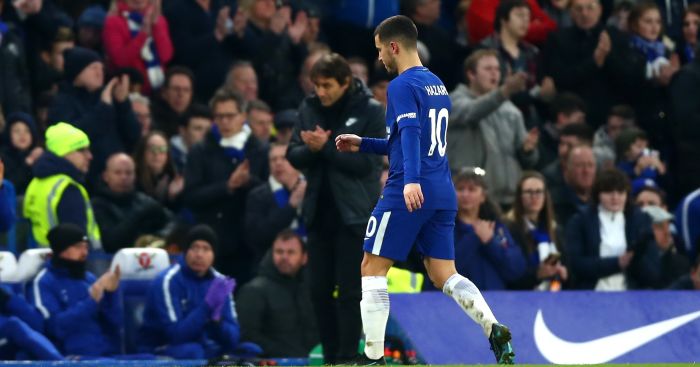 Real Madrid are long-term admirers of the 27-year-old and reports have indicated in recent months that the La Liga side will move for the winger in the summer transfer window.

The Belgium international has been in brilliant form again for the Blues this season with nine goals and four assists in all competitions.

However, Zola thinks the hectic festive period has taken its toll on Hazard, with the Italian thinking that he looked tired in their last match against Leicester City.

“I saw the game the other day against Leicester, who were really good and should have had more than that [a point],” said Zola.

“I saw them tired a bit. This doesn’t surprise me because the schedule has been tight. Some of the players – like Eden – were very low in stamina.

“You could see Eden was trying to do things but it was one of those moments when nothing came alive for him. He was low in physicality, in my opinion.”

A player whose form has not suffered over the Christmas and New Year schedule is Cesar Azpilicueta and Zola was full of praise for the Spanish full-back.

“He’s been unbelievable,” Zola said of Azpilicueta. “He’s one of the most rated players among the managers. He’s been incredible, not only defending but also going forward.

“The system suits him perfectly, he’s taking his game to another level.”