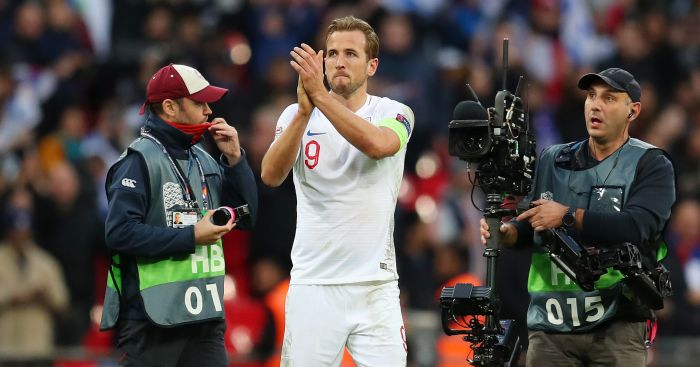 Former Chelsea and Leeds striker Jimmy Floyd Hasselbaink has named who he rates as the three best strikers in world football today.

After the dullness of the international break was only briefly punctured by the delight of England’s win over Croatia on Sunday, the Premier League returns with a bang this weekend.

Tottenham’s home game with Chelsea is arguably the pick of the bunch this weekend and Hasselbaink admits he is looking forward to seeing how Maurizio Sarri’s men cope with handling Harry Kane.

And the former Chelsea man believes the Tottenham and England frontman is quite rightly labelled as one of the world’s best centre forwards.

“At the moment we have three really good out-and-out strikers in the world,” Hasselbaink, speaking exclusively to 888sport said. “We have [Sergio] Aguero, [Robert] Lewandowski and definitely Harry Kane. I like him a lot.”

Asked what it is about Kane that appeals to him so much, Hasselbaink continued: “He gives a lot of versatility. He can play off a striker or as a number nine. He’s not the quickest but he’s quick enough. He’s not the strongest but he’s strong enough.

“He has a great shot and most importantly for any striker he has the feeling for where he has to be in the box to score goals. You can’t teach that.”

The former Atletico Madrid and Holland striker continued: “Harry Kane also has the habit of scoring important goals. You look at a lot of strikers who when leading two or three nil they score two goals.

“All goals are important of course but it’s the 1-0s and the 2-1s and 1-1s; that’s where the pressure is and can you cope with the pressure? Can you put the ball in the net then? He has the skill to do that.”