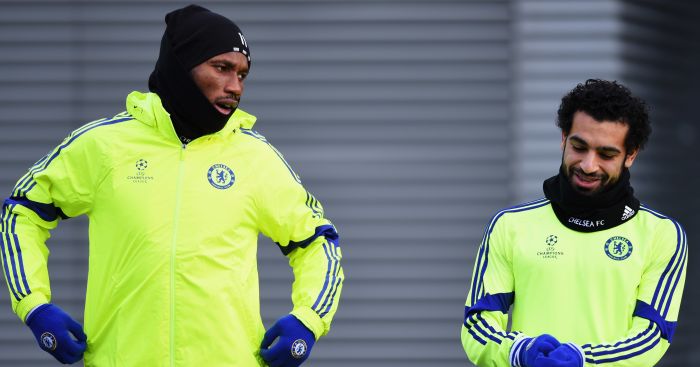 Chelsea legend Didier Drogba has revealed a text conversation he shared with former team-mate Mohamed Salah when he was struggling for goals.

Now at Liverpool, Salah has hit the ground running with 13 Premier League goals and five in the Champions League already this campaign.

However, there was a period when the Egyptian had to leave Chelsea with spells in Serie A with Fiorentina and Roma – where he reignited his scoring touch.

“He’s unpredictable he can dribble past you easily and he has got stronger and he can score goals,” Drogba said.

“There was time when he was texting me: ‘I don’t score, I don’t know why.’ I said: ‘It is just a matter of time and confidence.’

“When you have the confidence, everything can happen and you can see now that he is scoring goals.

“I saw how he improved through the years. He had to go to Italy to perform and then come back to England show that he is the player we always believed he was.”