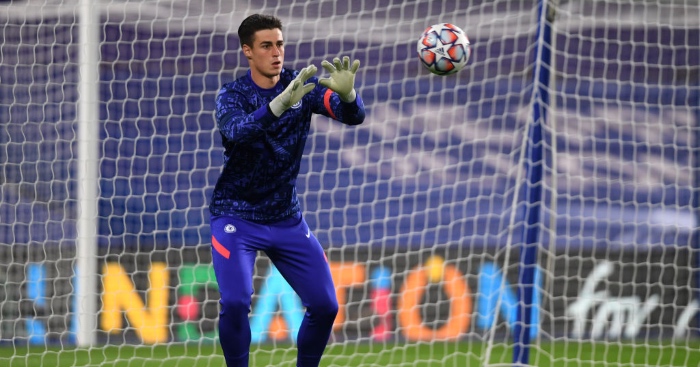 Chelsea are reportedly willing to send out-of-form keeper Kepa Arrizabalaga out on loan following the arrival of Edouard Mendy from Rennes.

Arrizabalaga endured a torrid campaign last season after a string of poor performances and mistakes.

The Spain international’s situation worsened after Mendy signed from Rennes for £22 million during the recent transfer window.

The report also reveals that Sevilla are believed to be interested in taking the player on loan for the remainder of the campaign.

A move would be a stunning turn of events for Arrizabalaga after he joined Chelsea in 2018 for a world record fee.

Fans thought they had solved their keeper problems when the player joined from Athletic Bilbao, only for him to amass a poor reputation not long afterwards.

Manager Frank Lampard also has fellow keepers Willy Caballero and veteran Petr Cech in his squad, after the duo made his 25-man Premier League team for 2020/21.

New signing Mendy has appeared in three games for Chelsea this season in all competitions, the same number as Arrizabalaga.

Mendy started in their recent 0-0 Champions League draw with Sevilla at home. The clean sheet against tough opposition means the Frenchman could now start in their Prem game against Man Utd.

Meanwhile, during Arrizabalaga’s last outing he conceded three goals against Southampton. The player was also partly at fault for the Saints’ second goal, following his poor attempted block.

Sevilla currently have keepers Tomas Vaclik and Bono to choose from in their squad. But a deal for Arrizabalaga could be good for both the player and the Spanish side.

It would give the keeper the chance to prove his worth at the top level and also get his confidence back up. Sevilla could find themselves with a cheap goalkeeping option for the remainder of the season.

It looks like Arrizabalaga’s time as outright Chelsea number one is more than gone.