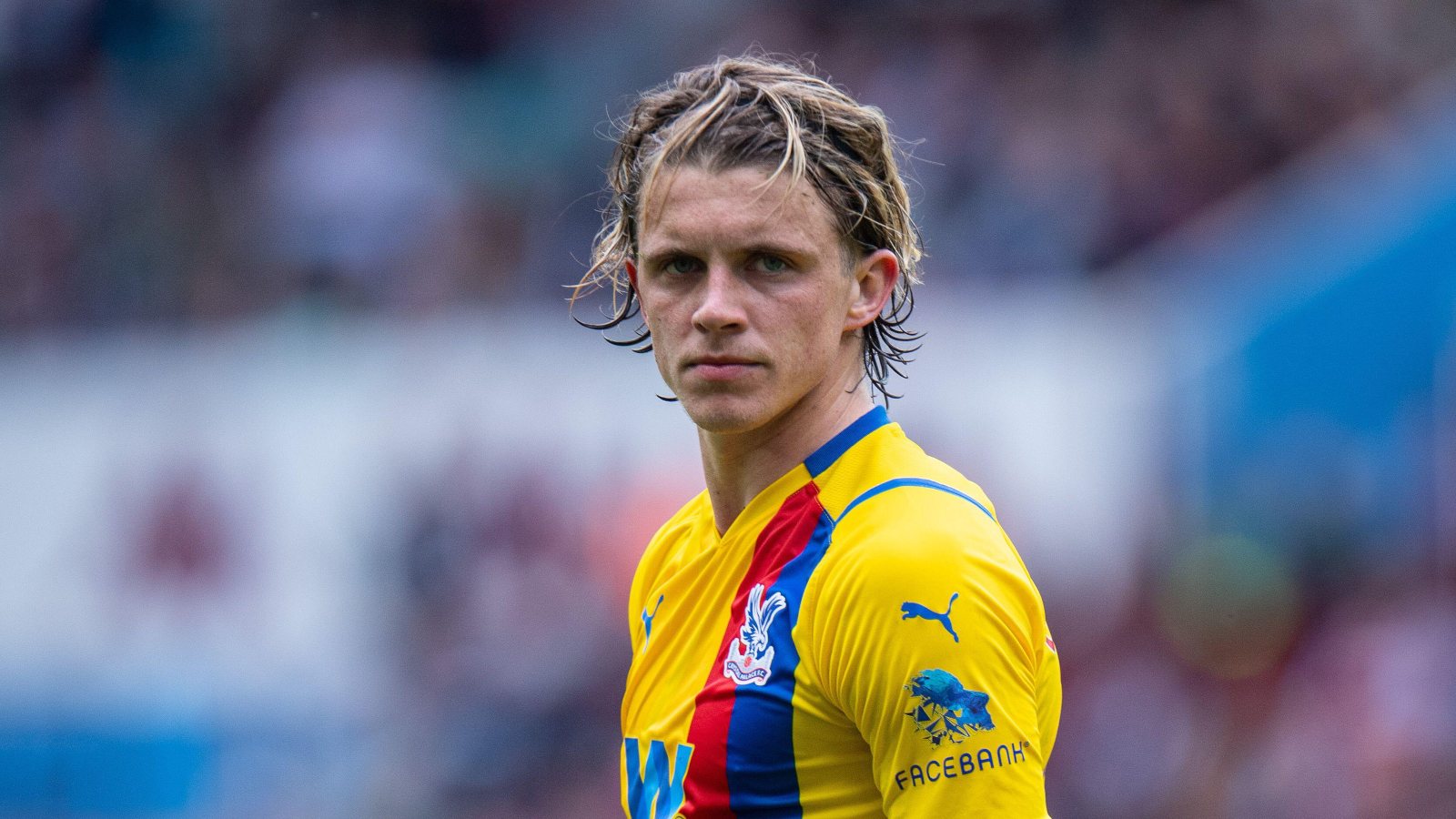 Chelsea midfielder Conor Gallagher, who spent this season on loan at Crystal Palace, has spoken out on his future ahead of the summer.

The 22-year-old has impressed at Selhurst Park this season, scoring eight goals and adding three assists for Patrick Vieira’s side

Gallagher is set to return to Chelsea this summer following the expiration of his loan deal but the with the likes of N’Golo Kante, Jorginho, Mateo Kovacic and Ruben Loftus-Cheek all established at Stamford Bridge, he could fine minutes hard to come by.

A return to Palace has been rumoured with manager Vieira revealing on a number of occasion’s that he would love to keep the midfielder past the summer.

Everton have also been linked in recent days as Chelsea legend Frank Lampard, who is now in the hotseat at Goodison Park, looks to take advantage of his Blues links to bring Gallagher to Merseyside.

And the player has now spoken about his future, admitting he is only focusing on England’s upcoming Nations League fixtures.

Speaking to talkSPORT, the Chelsea loanee said: “I’ll say again at Palace this season, it’s been incredible and I’ve loved every minute of it.

“The fans, players, staff, and Patrick have just been amazing with me. I’ve got to thank them all, it’s been unreal.

“But, you know, the season has just finished and I’ve come straight here to England.

“I know it’s not what you want to hear, it’s boring but I’ve not thought about it and I’m just focused on the four games here with England.”

Elsewhere, Gallagher’s England teammate Harry Maguire has revealed that he wont let the ‘boo-boys’ affect his relationship with the fans.

“From my England debut the England fans have been amazing with me,” he said. “I have had some amazing times.

“The journey I have been on since my debut five years ago to now I have had amazing times with the fans, and I am not going to let the minority – I don’t know how many it was, 10-20 people – doing that in the Ivory Coast game to affect my relationship with the England fans, no.

“I am not going to let that affect my relationship at all.”