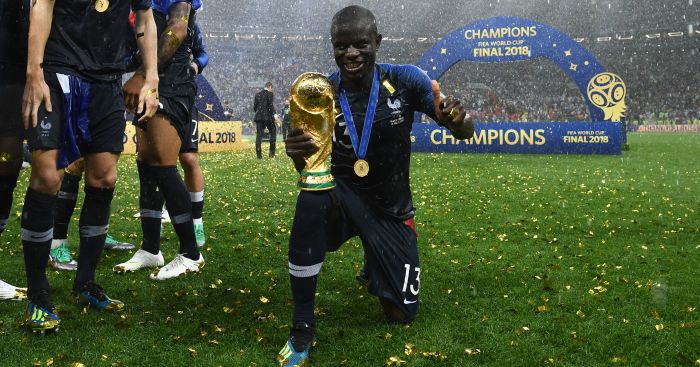 Chelsea will look to fend off interest from PSG by offering N’Golo Kante a huge new contract.

The midfielder has been one of Chelsea’s most consistent performers since making the switch from Leicester City two years ago, leading to links with the French giants.

However, Chelsea are desperate to keep the World Cup winner, and are prepared to make him their highest-paid player to ensure he stays at Stamford Bridge.

According to The Times, Kante would earn close to £290,000-per-week, eclipsing the £220k contract that Eden Hazard currently earns.

Hazard himself has been linked with a big-money move away from the London club, with some suggesting he could be the replacement for Cristiano Ronaldo at Real Madrid.

As for Kante, Gary Lineker recently urged his former club Barcelona to sign the 27-year-old, who has made 89 appearances for Chelsea in all competitions during his two-year spell.

In that time, he has won the Premier League and FA Cup once each, as well as scooping a number of individual awards for his performances in 2016-17, when he was named PFA Player of the Year.