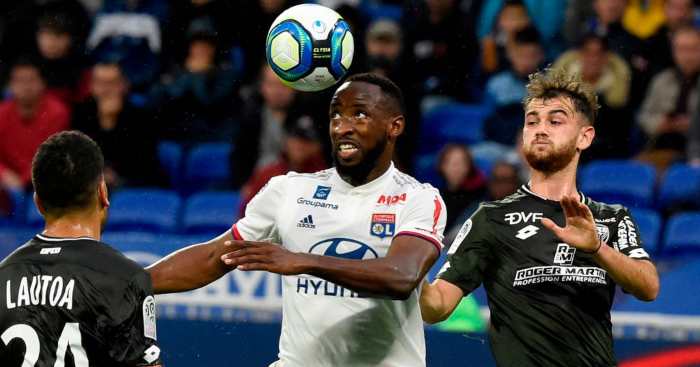 Lyon are reportedly ready to let Moussa Dembele leave the club, and will alert Chelsea to their plans.

The former Celtic striker was close to moving to Stamford Bridge in January, despite Frank Lampard’s claims to the contrary, but Lyon turned down the offer on the grounds that they wanted to keep hold of him for the foreseeable future.

Their stance has now changed, however, as 90min claim that the French club are ready to alert Chelsea to his availability.

The Blues are in the market for a new striker as they look to add competition for Tammy Abraham, with a shock swoop for Arsenal star Pierre-Emerick Aubameyang touted within the report.

Alternatively, though, Chelsea could rekindle their interest in Dembele, who would represent a more long-term option given that he is seven years younger.

Dembele – who has also been linked with a move to Manchester United – has scored 16 goals in 27 Ligue 1 appearances for Lyon this season, adding four from five appearances in the Coupe De France.

His potential arrival at Stamford Bridge could spell the end for both Michy Batshuayi and Olivier Giroud, with both having been linked with an exit in January.

Giroud is yet to extend his contract, which expires this summer, and several clubs from Italy are circling to take him on a free transfer.