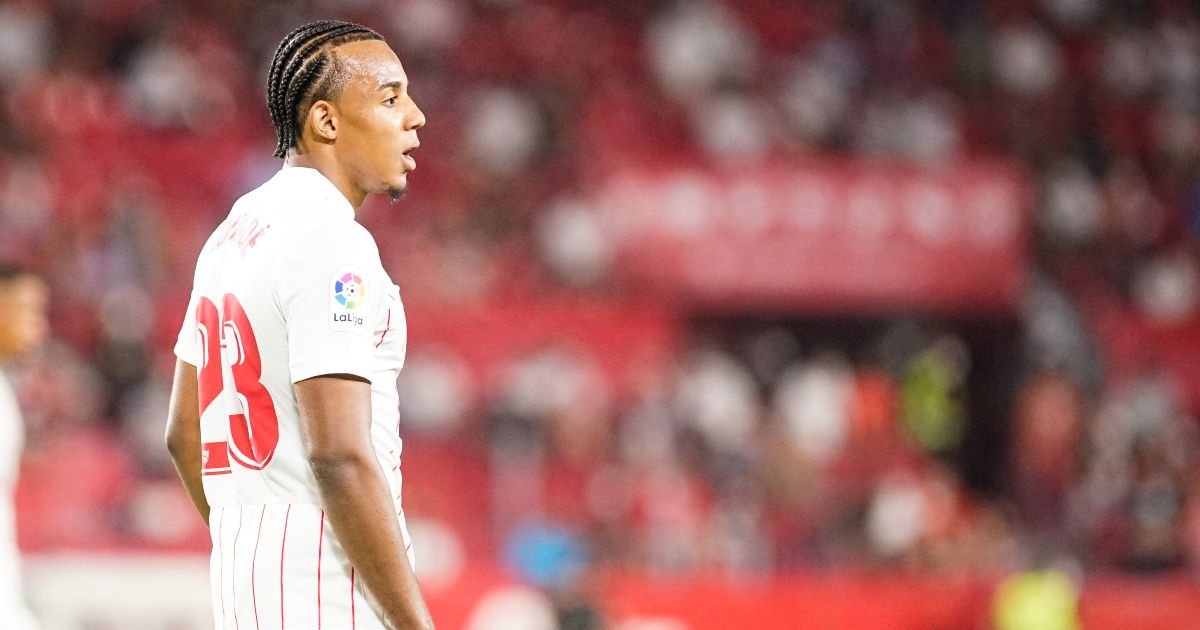 Chelsea are unlikely to sign Sevilla defender Jules Kounde this summer after the La Liga club increased their demands, according to reports.

The France international’s impressive performances for Sevilla last season persuaded the Blues to make their interest known this summer.

There had been reports that Chelsea were ‘confident’ of securing a deal for Kounde after selling Kurt Zouma to West Ham for £28.9m.

However, the Daily Telegraph brought us the news yesterday that Sevilla had upped their asking price to Kounde’s full buy-out clause of £68.5m.

And now The Athletic journalist David Ornstein has backed up those reports with ‘the La Liga club are now said to be requesting €15m (around £12.8m) more than was originally discussed’.

Chelsea have now ‘halted’ the potential signing and ‘are not expected to resurrect the deal unless Sevilla reduce their asking price’.

Ornstein calls it a ‘dramatic turn of events’ after the Blues believed ‘they had a verbal agreement already in place over the fee’.

It is understood that Sevilla’s demands went up after Chelsea sold Zouma, while the Spanish side are also thought to be worried about finding a replacement with days left of the window.

The report adds: ‘Chelsea have opted not to increase their offer and, if Sevilla do not lower their demands, are set to stick with their existing options, possibly with the proviso of addressing the situation in January.’

Meanwhile, captain Cesar Azpilicueta hailed Thomas Tuchel’s men for grinding out a 1-1 draw against Liverpool on Saturday after being reduced to ten men late in the first half.

“We had to fight,” Azpilicueta told the club website. “When you are one man down for the whole second half, it is really tough but it was a challenge for us.

“Everybody had the ambition to go even for a win and we actually had the best two chances in the second half even though they had a lot of possession.

“The team spirit was brilliant from everybody, we fought together and we got the least reward of a point.”