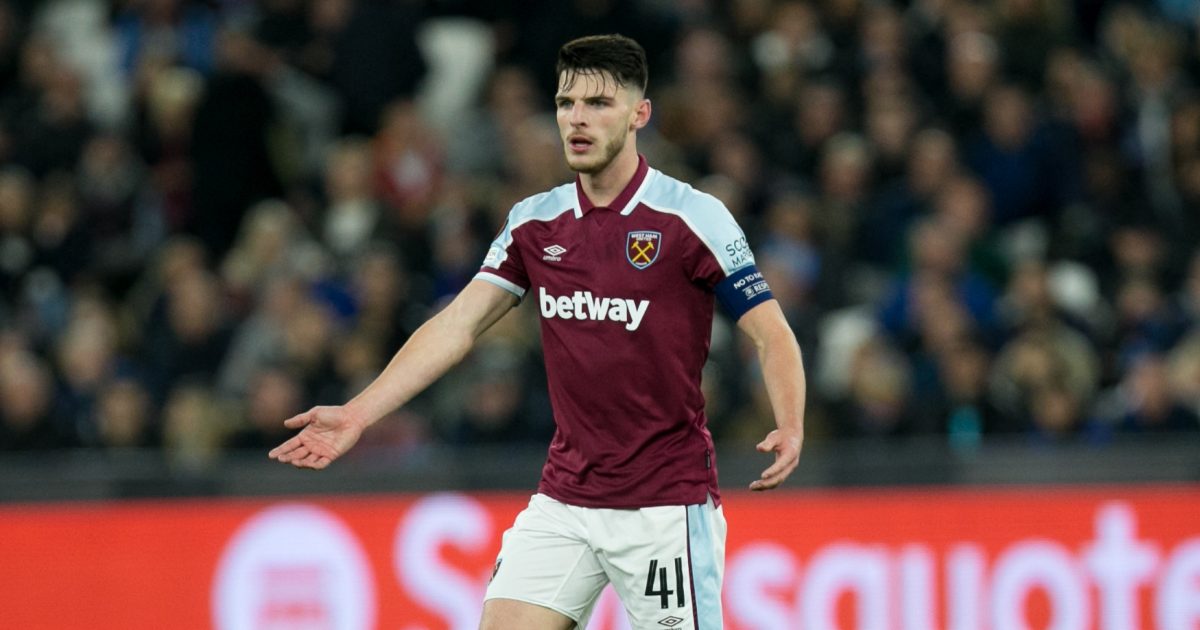 Chelsea and Man Utd have missed out on a “bargain” as West Ham United star Declan Rice is now worth more than £100m, according to David Moyes.

Over the past couple of seasons, Rice has established himself as one of the best young players in the Premier League.

The midfielder enjoyed a brilliant campaign on a personal level last term as West Ham finished sixth to secure a spot in Europe.

The likes of Chelsea and Man Utd have been linked with the Englishman in recent months.

It was reported during the summer that Rice was valued at around £100m. As reported by the Mirror, Moyes has told Chelsea, Man Utd and others that the 22-year-old will now cost more than that figure:

“No I don’t, because there was a bargain to be got with Declan at £100m. That bargain’s now gone.

Kevin Nolan is in agreement with Moyes, as he would not sell Rice for £100m:

“The biggest thing for me as a coach is he listens to me, he respects me for what I’ve done. But I feel that this lad can go on. I feel he’s already done more than I have in terms of England appearances. Being in Europe and things like that.

“He can run with the ball, he’s got everything that you could possibly wish for as a footballer. Plus he’s got a good footballing brain where he’s now learning for West Ham. He’s done it with England, he’s now learning how to control games.