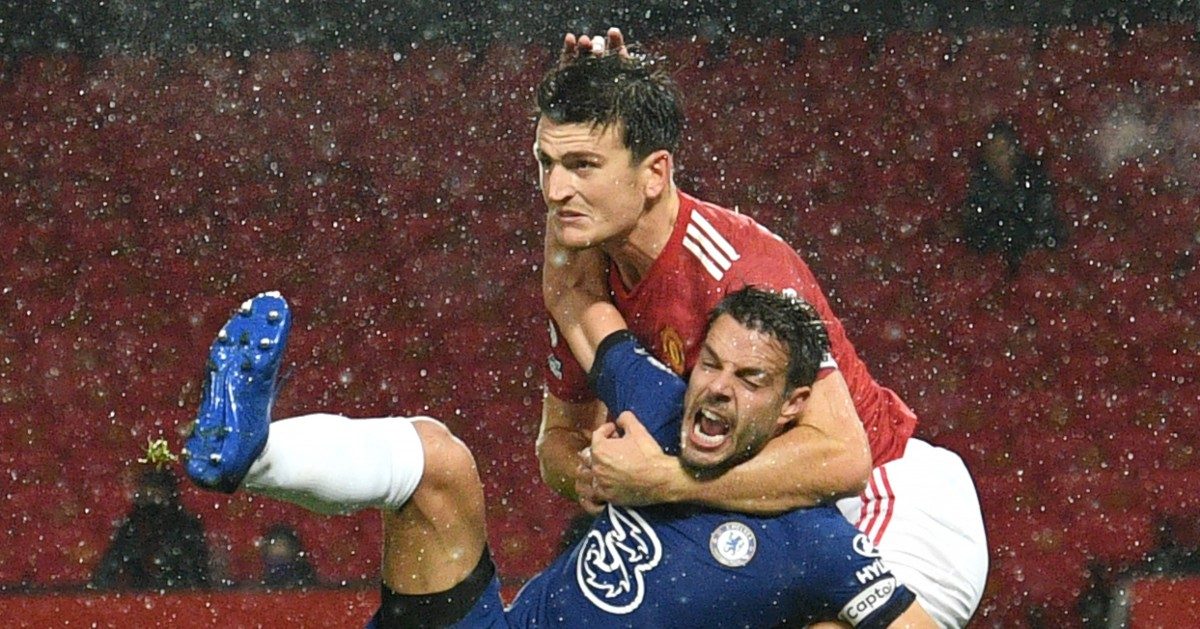 1) How will Chelsea cope with their first counter-attacking test?
Chelsea have conceded two goals in eight games under Thomas Tuchel, and while that is largely thanks to the robust, structured tactical shape he has quickly installed it is also the result of a kind fixture list. Even the stronger teams, like Tottenham Hotspur and Atletico Madrid, were at a low ebb when they faced Chelsea.

Nevertheless Tuchel deserves credit. He has implemented a 3-4-2-1 formation that focuses on high pressing and a high defensive line to keep the opposition penned in, thus dramatically reducing their ability to counter-attack, while keeping a 3-2 shape behind the ball at all times has strengthened their defensive transitions.

Most importantly, Tuchel coaches with discipline, detail and ruthless positional instruction. His Chelsea players shuttle back and forth in a tightly compressed and carefully demarcated system, hence their invulnerability to counters.

Man United present the first real test. Ole Gunnar Solskjaer will spring-load his attack, as usual in ‘Big Six’ games, and if United successfully break in early parts of the game Chelsea’s defence may fall like a house of cards. Those old Frank Lampard-era habits may re-emerge if panic sets in.

2) Will Tuchel’s press prevent Man United from breaking?
Although Atletico didn’t help themselves with an overly-cautious 6-3-1 formation, Chelsea were impressive in pressing quickly after losing possession in their midweek Champions League game. It was the best example yet of the organisation and cohesion we will come to see under Tuchel, contrasting starkly to the erratic pressing in ones and twos under Lampard: the main reason for their porousness in the defensive transition.

Again, Man United are the first major test of just how robust this new policy is. Tuchel, always tweaking and always reacting to the opposition, will have a plan to target Bruno Fernandes in the press, knowing that the Portuguese is United’s most important player in shuttling the ball through the lines and producing a counter-attacking scenario.

This game should hinge on who comes out on top in those first five seconds after Chelsea lose the ball in the opposition half.

3) Can Rashford & Martial find space behind Azpilicueta?
The main counter-attacking outlet for Man Utd is down their left side, where the in-form Luke Shaw will look to support Marcus Rashford and Anthony Martial as they play together on this side; only Crystal Palace and Aston Villa, who lean heavily on Wilfried Zaha and Jack Grealish respectively, attack down the left more frequently than Man Utd (43% of attacks).

There are two reasons why this may be particularly effective against Chelsea. First, Tuchel could again go with a 3-5-2 formation with Mount on the right side of the midfield three, as he did in the Atletico game. With Mount already Tuchel’s most important attacking player, holding a higher position than Jorginho or Mateo Kovacic, that could leave a bit more space on United’s left. Second, Cesar Azpilicueta is increasingly expected to overlap from the right of a back three; if Chelsea are probing in possession for long periods the Spaniard may push further forward, giving Rashford and Martial room on the break.

4) How can Tuchel unlock Chelsea’s creativity?
It is harder to predict how Chelsea will find space. Man United are very strong defensively, particularly when happy to concede territory, and over the first eight games of Tuchel’s reign we have consistently seen Chelsea struggle to create chances. Over the first few matches Callum Hudson-Odoi was the free man on the right, but as opponents began to block this route Chelsea’s lack of runners in behind became a problem.

Southampton were able to highlight just how static Chelsea’s attack has become, and just how reliant they are in patient possession through midfield, when their front six simply formed a tight ring around Jorginho and Kovacic at St Mary’s. With only Timo Werner attempting runs in behind, and with only one player on each flank, Chelsea couldn’t build any momentum.

The solution to unlocking Chelsea’s creativity is to put more silky playmakers in the team; it is perhaps time Hakim Ziyech, Christian Pulisic and Kai Havertz are given more game time. Kovacic and Jorginho together form a midfield axis that is a bit too sideways, so perhaps one of the more creative players could sit in this deeper role. Antonio Conte might have won a league title in a 3-4-2-1, but he did so by often picking Cesc Fabregas as one of his midfield two.

5) Or will the tension lead to a dull game?
But it is pretty unlikely Tuchel will take a creative risk like that for his first major test. Instead, the new Chelsea manager will double down on his safe scaffolding and on the hesitant positional play that tries to keep the opponent as far away from goal as possible.

Similarly Solskjaer will prioritise keeping the score down, rather than risk a braver attacking display at Stamford Bridge. Unfortunately for neutrals neither team can really afford to lose. If Man United are beaten Chelsea move within three points of them, while Tuchel will be more interested in maintaining an unbeaten record than claiming his first big scalp.