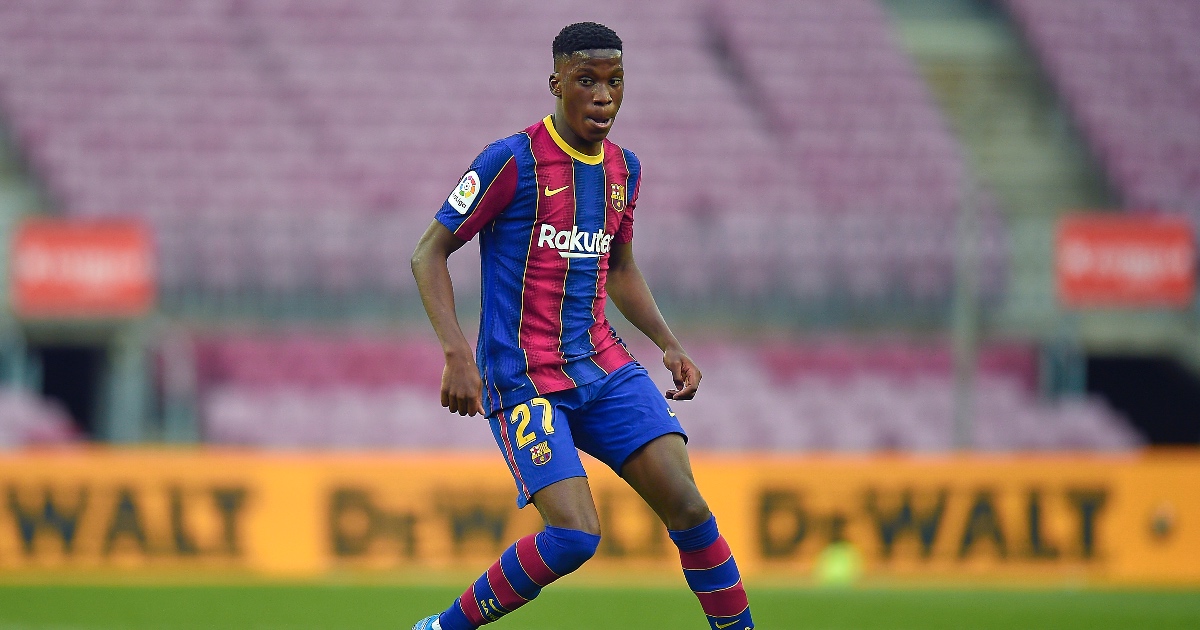 The 18-year-old is tipped to become a global superstar after becoming a first team member under Ronald Koeman.

In 2020/21, he made 18 appearances in all competitions, scoring once, as Barcelona finished third in La Liga.

Five England reasons to be cheerful after 1-0 win

According to Spanish outlet Mundo Deportivo (via Daily Mail), contract talks between Moriba and Barca have stalled.

The player is out of contract in June 2022 and could be sold this summer if negotiations do not result in a deal.

The Spain U19 international wants a major increase on his £13,000-a-week wages to represent his first team status.

The report states that Chelsea and United are aiming to capitalise on the uncertainty by launching a bid for Moriba.

This isn’t the first time Moriba has been linked with a Nou Camp exit. In 2019, Italian giants Juventus tried to land him around the time his youth contract expired.

City also made contact, with a move to England only being cancelled at the last minute.

Speaking about the potential transfer, Moriba’s father Mamady said: “With Barca, negotiations were not advancing. We met [Man City sporting director] Txiki Begiristain and he explained the project to us.

“We liked it because they were betting big on Ilaix. A few weeks later we had our tickets to Manchester to go and sign the contract.

“I cancelled it that same morning we were supposed to go there. I wanted Ilaix to be a reference point for the upcoming Barca generations. His friends had gone. If he stayed it was proof that Barcelona bet on young players. And we reached a deal where everyone won.”

Moriba is part of a new generation of La Masia graduates, whom Koeman will be looking to rely on for continued success.

Pedri, Riqui Puig and Ansu Fati have all made big impacts in recent months and look set to become La Liga stars.

For Moriba, however, the future is less certain as a Premier League move beckons.