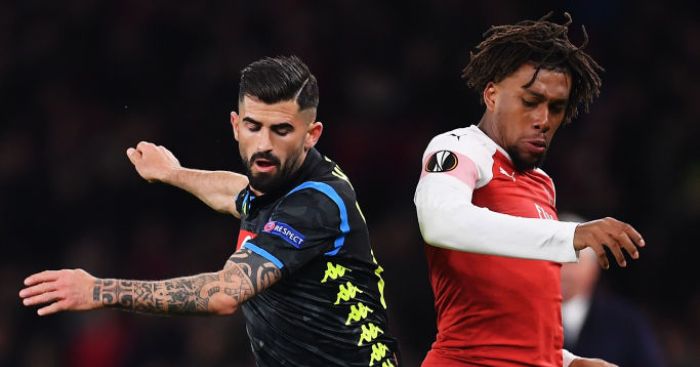 Elseid Hysaj says that his “time at Napoli is over” amid fresh links to Chelsea.

Hysaj, who has previously been linked with Manchester United, followed Maurizio Sarri from Empoli to Napoli in 2015.

The right-back has been a regular for the Italians ever since, although Kevin Malcuit has started to threaten his place.

Chelsea, transfer ban aside, seem a more likely destination for the unsettled Albanian due to his past with manager Sarri, but United are also thought to have identified right-back as a problem area to solve this summer.

Hysaj has opened the door to either move, admitting he wants to “learn about a new country” after ten years in Italy.

“I’m absolutely ready for a new challenge because I need change,” he told Digitalb.

“I’m not the type of person who likes to stay at a club for too long. I want to have new experiences, learn about a new country, meet new people, play for another team and maybe try to win something.

“For me, my time at Napoli is over and I hope to find a team that will give me what I need.”