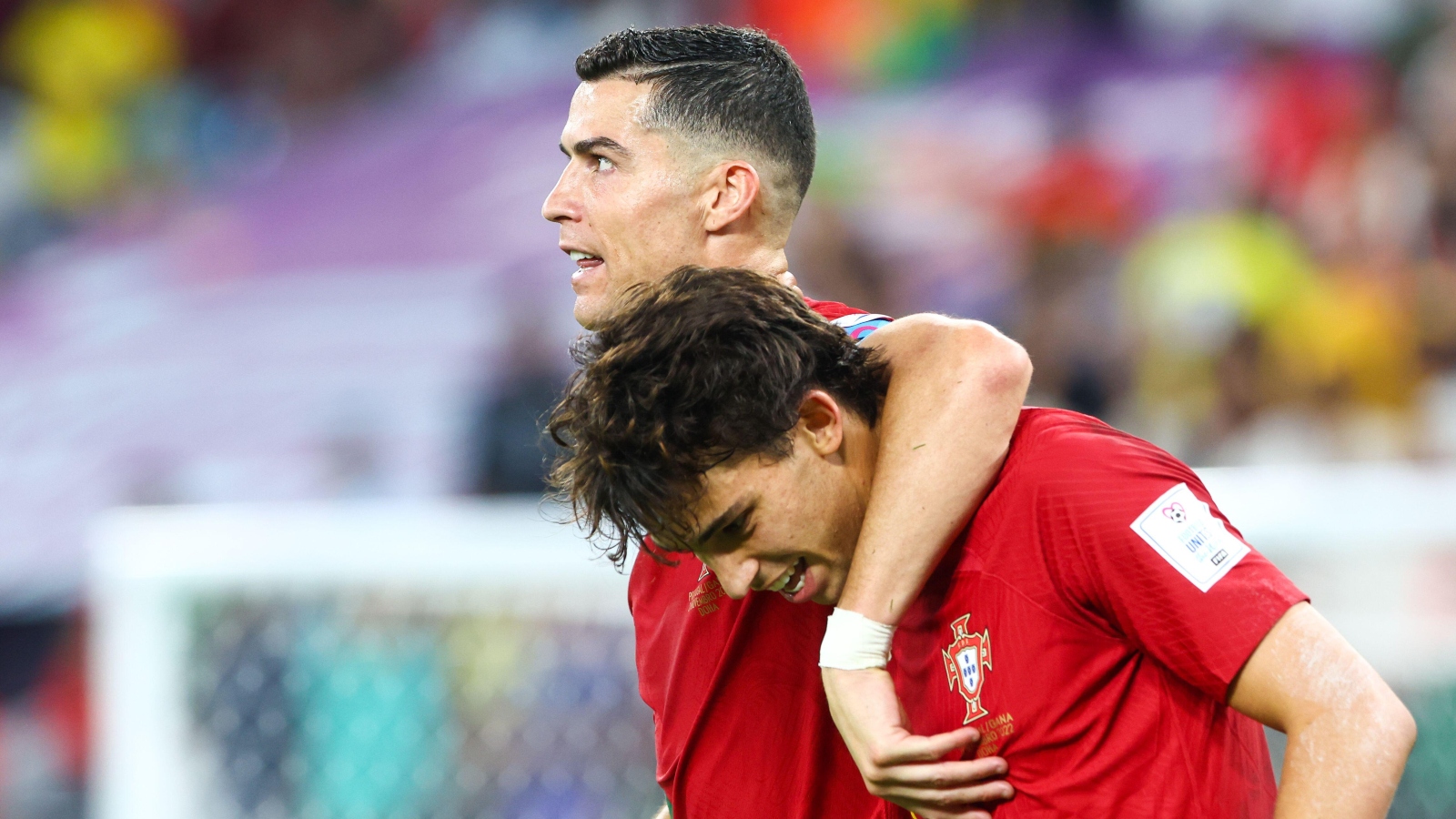 Atletico Madrid splashed out over £100m on Portuguese wonderkid Joao Felix. It was an unexpected transfer that hasn’t really gone to plan all things considered.

Felix has been linked with a move away from the Spanish capital in recent months, with Arsenal another Premier League side said to be keen.

The Portugal international would fit the transfer philosophy of Mikel Arteta at Arsenal given his age, however, the signing of Gabriel Jesus has probably ended any interest they supposedly had.

Felix is a tricky player who is in the wrong team in Atletico.

He is slick going forward but doesn’t have the freedom to perform, and may have been signed as a direct Antoine Griezmann replacement, but it hasn’t worked out that way.

Felix is currently in Qatar as Portugal look to become world champions for the first time, but he might be packing his bags when he returns to Madrid.

According to Marca, there is interest from Bayern Munich, Paris Saint-Germain, Manchester United, and Chelsea.

The young forward’s agent, the famous Jorge Mendes, is ‘looking for a new club’ and is trying to tempt the biggest European clubs into a deal.

The report says Bayern made an astonishing €100m bid last summer – which is the first sign of the potential bulls*** oozing from this story – while PSG are seeking a Lionel Messi replacement with his contract expiring in 2023.

Mendes obviously has lots of previous dealings with Man United and will certainly try to get his client a move to Old Trafford if this story is anything to go by.

And Chelsea, under new owners, have ‘joined the race’.

Atletico and Mendes are hoping Felix has a good World Cup in order to drive his price, and desirability, up. He scored in Portugal’s opening fixture against Ghana. So far, so good.

The Red Devils are likely in the market for a new forward given Cristiano Ronaldo’s departure.

Although Felix is not an out-and-out No. 9, neither is Marcus Rashford or Anthony Martial, who United manager Erik ten Hag clearly likes.

A host of strikers have been linked with a move to Old Trafford in recent months.

From Victor Osimhen to Jonathan David, United were expected to be busy next summer, but Ronaldo’s exit may have accelerated their objective to sign a new striker.

Chelsea, on the other hand, signed Pierre-Emerick Aubameyang in the summer, though some reports have suggested he is nothing more than a stopgap.

Romelu Lukaku is currently on loan at Inter Milan after a woeful first season back at Stamford Bridge, so that is another potential issue new boss Graham Potter will have to deal with.

Similar to Man United, the Blues don’t usually operate with an out-and-out striker.

Kai Havertz has often led the line for the Londoners and did so when they won the Champions League last year.