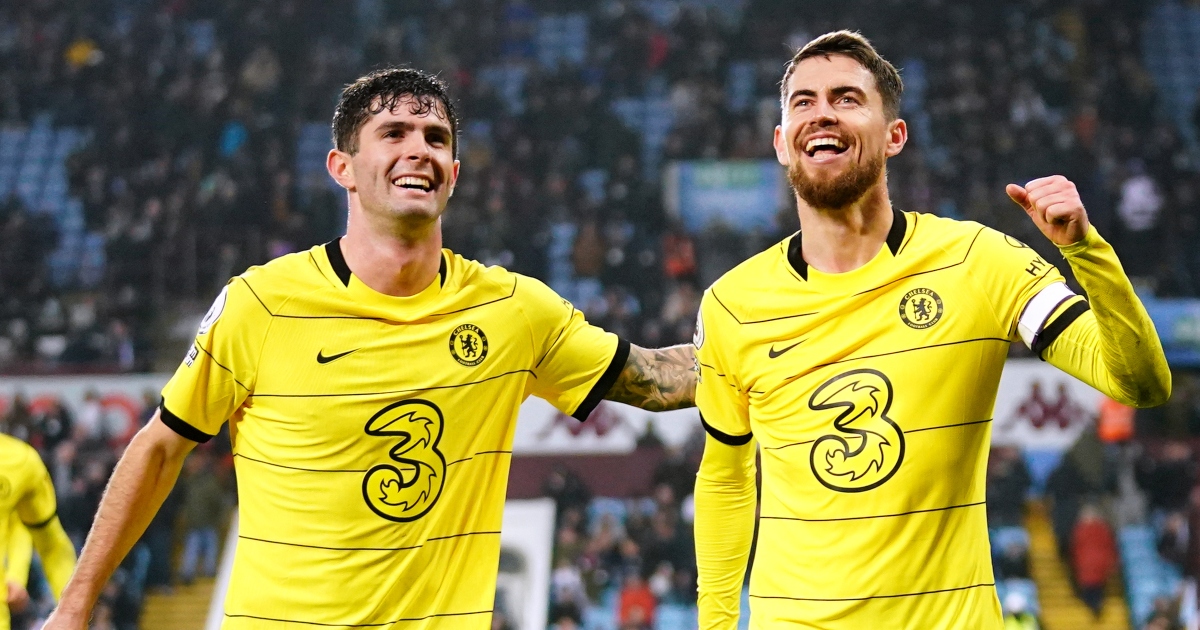 Chelsea midfielder Jorginho is wanted by Juventus manager Massimiliano Allegri in a potential summer move, according to reports.

Jorginho joined the Blues in 2018, following Maurizio Sarri from Napoli to make the move to Stamford Bridge.

Sarri only managed one year in charge of Chelsea, before moving back to Italy to take charge of Juventus. It was reported that Sarri wanted to take Jorginho with him to the Italian giants.

However, the deal never materialised and Jorginho has continued to be a big part of the Chelsea squad, initially under Frank Lampard and then Thomas Tuchel.

He won the Champions League last season as well as the European Championship with Italy in the summer, making him a contender for the Ballon D’or.

However, according to TuttoMercatoWeb journalist Enzo Bucchioni (via SportWitness), Allegri is now keen on bringing the Chelsea man back to Italy as he looks to improve his midfield options.

Bucchioni believes Jorginho “would be that mix of technique, personality and experience, the ability to lead the team, missing from the days of Pjanic. Perhaps from Pirlo.”

Juve are looking to move on a number of their current midfield options with the like of Aaron Ramsey, Arthur Melo and Rodrigo Bentancur all linked with moves to the Premier League.

Arthur is wanted by Arsenal in a potential loan move whilst Bentancur has been linked with a move to Aston Villa.

Ramsey has been subject to rumours linking him with former side Arsenal, Crystal Palace and Newcastle but a deal has yet to be agreed.

Meanwhile, Liverpool legend Ian Rush has likened the situation of Chelsea forward Romelu Lukaku to that of Harry Kane.

Rush told Gambling.com: “I’ve been watching Romelu Lukaku’s progress since he patched things up with Thomas Tuchel but he doesn’t seem to have rediscovered his form for Chelsea as I expected.

“I see it as a slightly similar situation to the one Harry Kane was in at the start of the season. He’d made his desire to leave Tottenham very public and when Spurs refused to budge he struggled for form once the season got going.

“But Kane is starting to score goals again now and I wonder will Lukaku go the same way once he gets some minutes under his belt.

“We know he can score goals because he’s done it at every level already, but he’s got to build up his fitness because he doesn’t look sharp.

“You could even argue that he’s trying a bit too hard. I’ve been in that position before where nothing is going in for you and then you start to overwork which makes matters worse.

“As a striker, sometimes you have to just wait for a chance to come along and when you eventually tuck one away everything else tends to fall in to place.”