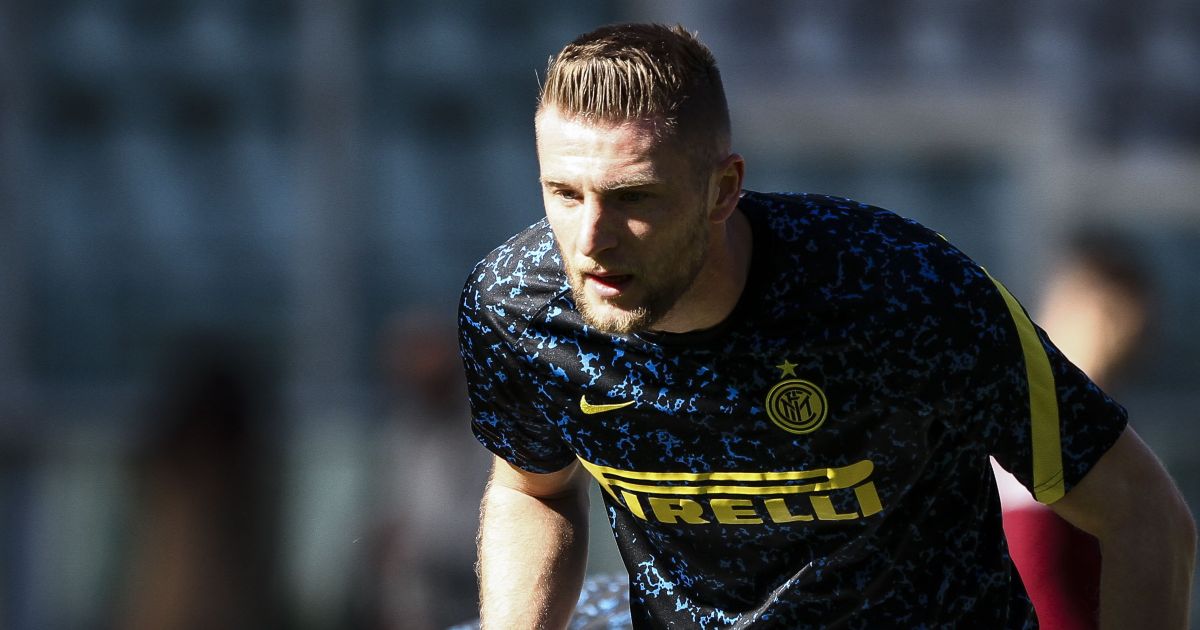 Inter Milan defender Milan Skriniar reportedly turned down an offer from Spurs to move to north London this summer.

The Slovenian has long been linked with a move to the Premier League and Fabio Paratici is said to have approached the centre-back, before they instead moved for Cristian Romero.

Chelsea have also been linked after their failure to land Jules Kounde from Sevilla.

The Blues are said to be looking into signing both Skriniar and defensive partner Alessandro Bastoni ‘at the suggestion’ of former Inter teammate Romelu Lukaku, who made the switch to Stamford Bridge in a £98million move this summer.

But with Calciomercato (via Sport Witness) claiming Skriniar ‘did not take into consideration the attractive proposal’ from Spurs, Chelsea also look set to miss out.

The report adds that the 26-year-old has asked his agent to start negotiations with the Serie A club over a new deal.

Talks are said to be ongoing and he’s expected to sign a new contract which will run until 2025.

The Belgian looked to have put uncertainty over his own future to bed back in June, insisting “I am staying” having played a huge role in securing the Serie A title under Antonio Conte.

But amid strong interest from Chelsea, Lukaku went back on his word and returned to Stamford Bridge – a decision Inter legend Diego Milito claims cannot be forgiven.

Speaking to Gazzetta dello Sport Milito was asked directly about the big summer transfer, to which he replied: “There is one thing you must never do, promise something you cannot keep. It may be that a player like him, who has given so much, chooses to go elsewhere, but the fans are disappointed precisely because of those statements”.

Chelsea take on Spurs on Sunday, with Nuno Espirito Santo cursing his side’s bad luck ahead of the game after further injuries in their Europa Conference League draw with Rennes leaves him short of options for the clash.