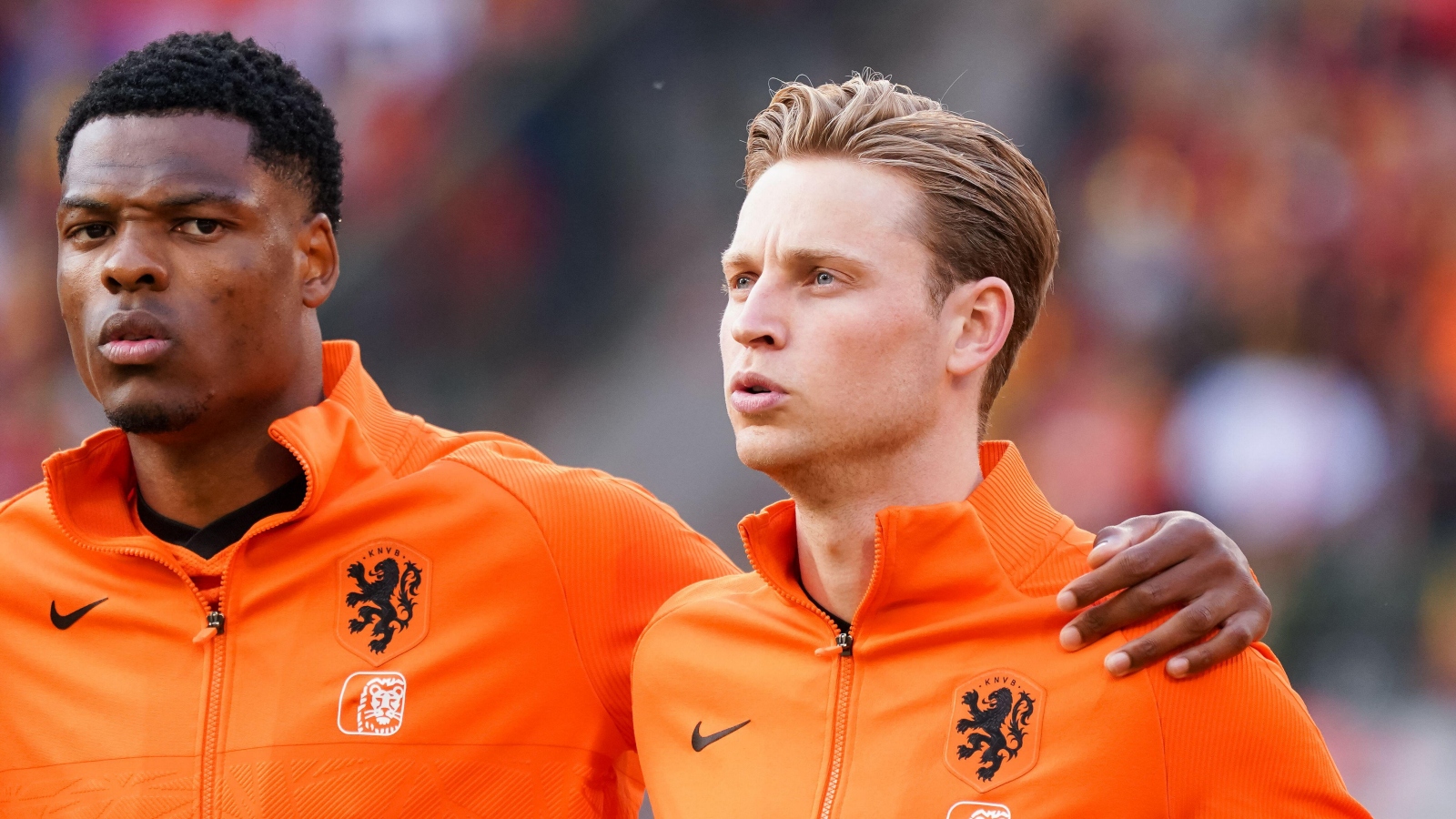 Chelsea are reportedly eyeing up a move for Barcelona’s Frenkie de Jong if his transfer to Manchester United breaks down.

De Jong is Erik ten Hag’s top summer target as he looks to improve the club’s midfield after a woeful 2021/22 campaign.

The Red Devils have reportedly agreed a €65m (£56.2m) plus add-ons deal with Barcelona.

However, Chelsea have added De Jong to their shortlist, according to The Guardian.

After reports initially stated that the Dutch midfielder would not be keen on a move to Old Trafford, it has recently been said that personal terms would not be a problem.

The Blues are ‘monitoring developments’ around De Jong and ‘could target the Barcelona midfielder if his move to Manchester United breaks down’.

The 25-year-old is eager to play in the Champions League, so Thomas Tuchel’s side have the edge in that respect.

Tuchel ‘admires’ the Dutchman and he would be a ‘more straightforward’ acquisition than West Ham’s Declan Rice.

🚨 BREAKING: Chelsea are monitoring developments around Frenkie de Jong and could target the Barcelona midfielder if his move to Manchester United breaks down.🇳🇱 #MUFC #CFC #FCB

While Chelsea are open to signing a new central midfielder, at least two central defenders and an attacker are the priority.

They attempted to hijack Tottenham’s move for Richarlison, however, the north Londoners confirmed the signing of the Brazilian for £60m on Friday.

A deal for Raphinha seemed very plausible after they had a bid accepted by Leeds after the Yorkshire club rejected two offers from Arsenal.

Unfortunately for the Blues, the Brazilian winger seems hell-bent on completing his dream move to Barcelona.

After reportedly telling his agent to stall over a deal to move to Stamford Bridge, Barca have had a bid accepted, four months after agreeing personal terms.

Spanish journalist Gerard Romero revealed the news on Friday evening. Raphinha has agreed a €6m salary and apparently ‘turned down’ an approach from Newcastle.