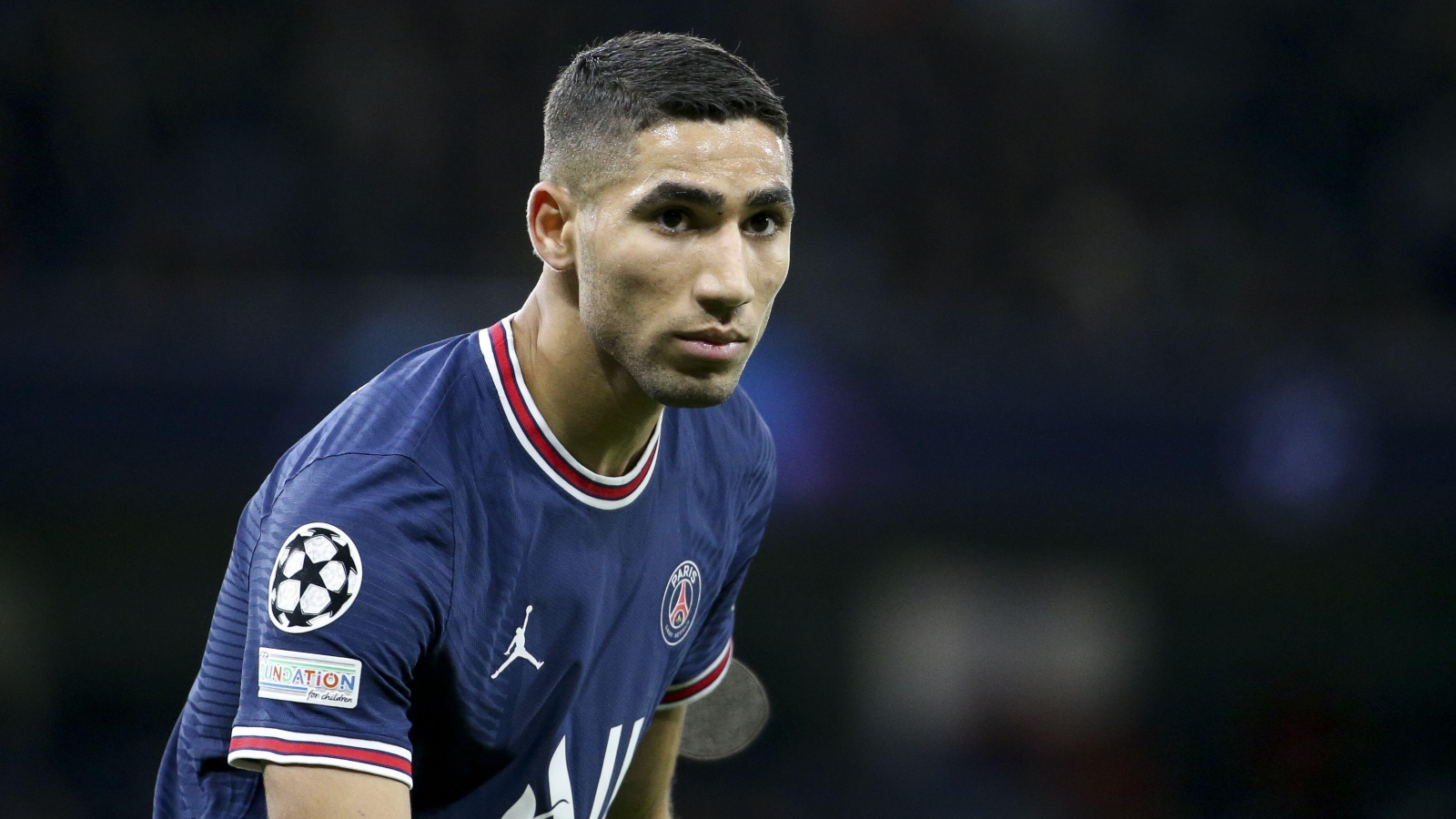 The Blues are set for a busy transfer window with Todd Boehly replacing Roman Abramovich as the club’s owner.

Liverpool’s greatest ever? Chelsea have matched them since Klopp turned up…

Defensive reinforcements are the priority with Antonio Rudiger and Andreas Christensen leaving. Skipper Cesar Azpilicueta could also depart this summer amid interest from Barcelona.

They are not just looking at central defenders, however, with Marc Cucurella a target in left-back.

Chelsea are long-time admirers of Hakimi and tried to bring him in last summer before he opted to join Paris Saint-Germain from Inter Milan.

However, The Athletic claim that the Blues remain interested in the Morrocan. His future in the French capital is uncertain amid rumours that he does not get along with the South American contingent at the club.

The report states that Real Madrid and Manchester City are both ‘admirers’ of James, with Chelsea looking to begin contract talks with the England right-back. His current deal expires in three years.

Reigniting their interest in Hakimi could mean that the Blues are ‘readying themselves in case James leaves in the future’.

It is added that head coach Thomas Tuchel would be happy to use James in his back-three while Hakimi operates as a right-sided wing-back.

The same source also states that Mason Mount and James’ future at the club ‘can’t be taken for granted’ despite their affection for the Stamford Bridge club.

With Christensen and Rudiger set to leave, the club’s recruitment team have reportedly drawn up an eight-man defensive shortlist ahead of the transfer window.

Chelsea are said to be keeping an eye on RB Leipzig’s Josko Gvardiol, as well as Villarreal centre-half Pau Torres and Atletico Madrid’s Jose Gimenez.