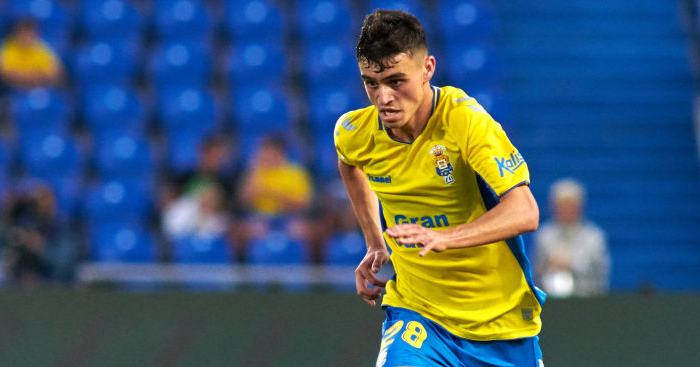 The Blues are currently under a transfer ban after being punished by FIFA for breaking rules around signing foreign players under the age of 18.

But this does not seem to have dampened their resolve to target the top young talent from across Europe.

The young midfielder has been attracting attention from the ‘great clubs of Europe’ many of whom were ‘marvelling at him’ in Gran Canaria last weekend, according to a Radio Marca Lanzarote report.

Barcelona are also said to be front-runners for Pedri’s signature, keen to land one of the ‘great promises’ in Spanish football before his value skyrockets.

With Las Palmas in something of a crisis, it is thought that they would be willing to accept a fee in the region of €10million.

Chelsea would not be able to register Pedri until next summer, but an up front payment and a loan deal back to Las Palmas could be one that suits all parties.