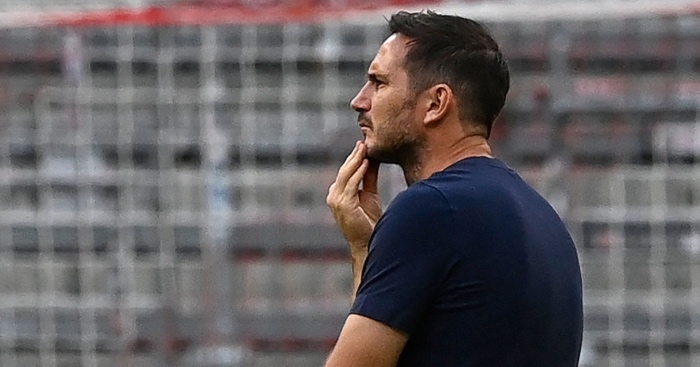 Chelsea could look to reinforce their defence with the signing of legendary centre-back Thiago Silva, according to reports.

The 35-year-old defender will leave PSG after their mouthwatering Champions League final clash with Bayern Munich on Sunday.

Silva has won seven Ligue 1 titles since joining PSG for £36million from AC Milan in 2012. But the French giants have chosen not to renew his contract his summer.

MAILBOX: Power of Bayern and Liverpool > silk of Barca and City

The Daily Telegraph claims that Frank Lampard’s men have been offered the chance to bring Silva to Stamford Bridge.

Lampard wants a new centre-back to bolster his back-line after Chelsea conceded more goals (54) than any top-10 club last season.

He said last month: “In terms of defensively, there is a way that I want us to play and it’s not gung-ho, it’s not crazy.

“A lot of the goals are the balls that come into our box that maybe we don’t defend right at that moment. That is something that has  to improve and I feel I know the answers to it.

“Some of it is work and that’s something we will see and it’s part of the process we are in. I don’t like it, I hate conceding goals but we have to work harder on it.”

The Blues have also been linked with West Ham midfielder Declan Rice, who would be converted into a centre-half if he made the move.

However, the Hammers want a fee in excess of £80million. That would potentially leave Chelsea hamstrung in their pursuit of other targets, so Silva could be a tempting option.