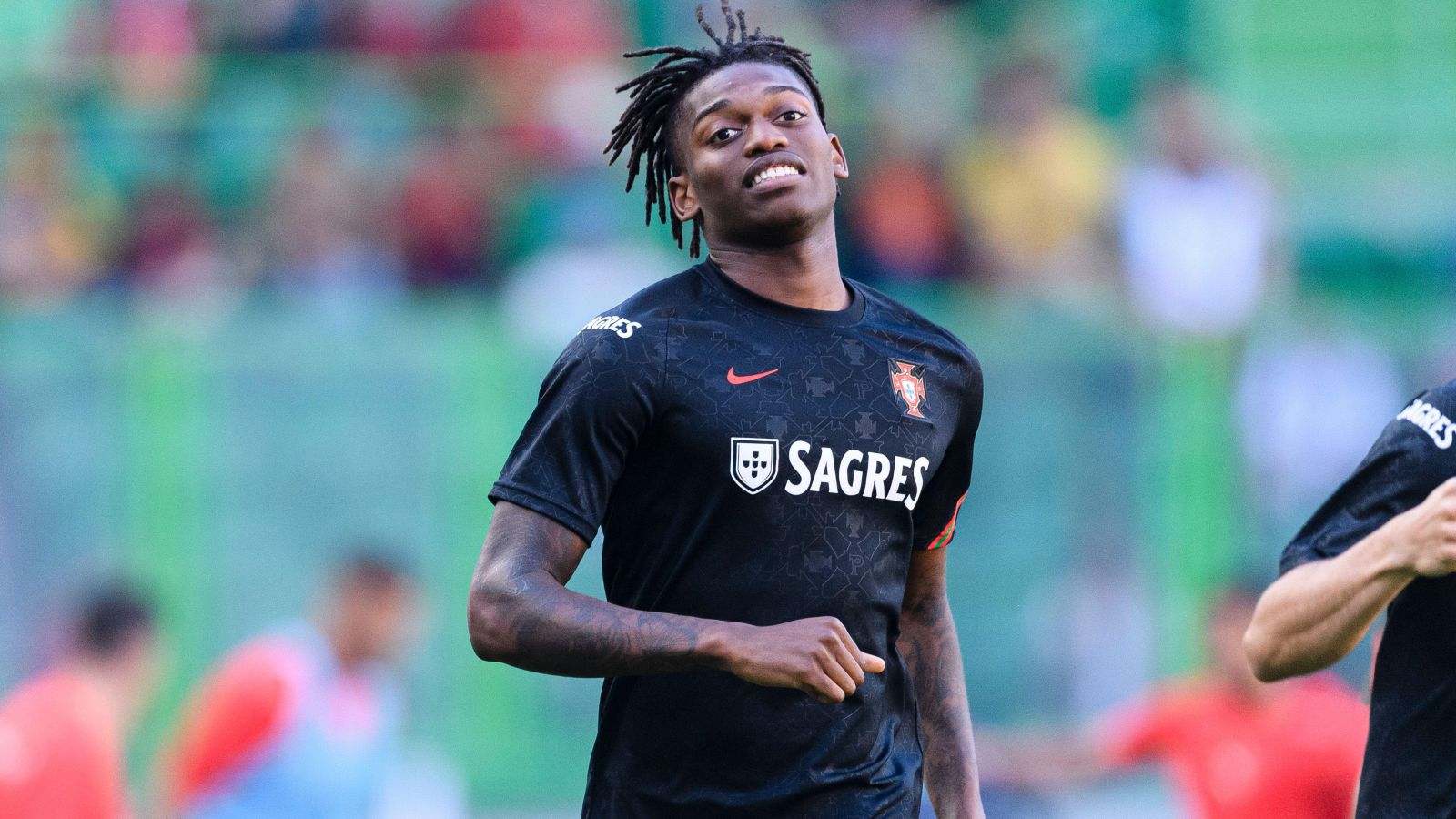 Chelsea are looking to move on from Raphinha as they target Bayern Munich’s Serge Gnabry and AC Milan’s Rafael Leao, according to reports.

Leeds United winger Raphinha has made it clear that he prefers a move to La Liga with Barcelona than staying in the Premier League, despite Chelsea having a £55m bid accepted by the Yorkshire club.

Transfer expert Fabrizio Romano insisted last night that Raphinha was “optimistic” that a deal to Barcelona would go through after Barcelona made an improved “verbal bid” on Sunday night.

Romano added on Twitter that Leeds “are still waiting for Barcelona to submit the official proposal” and that “it’s the final but key step” before they can announce his signing.

Raphinha, optimistic – he has been pushing during the weekend. pic.twitter.com/w1tPJyPvXc

And now The Guardian insist that Chelsea ‘have responded’ to news about Raphinha’s imminent move to Barcelona ‘by drawing up new plans in attack’.

Bayern Munich’s Gnabry and AC Milan’s Leao are ‘both of interest to Thomas Tuchel’ with the German targeting ‘an unpredictable, clinical wide player and he is expected to focus on forwards who can play in multiple positions’.

Chelsea are ‘monitoring developments around’ Gnabry – who has just one year left on his contract at the Allianz Arena – and ‘could be a more attainable target than’ Leao.

That is because The Guardian claims that Milan ‘could demand at least £100m’ for the Portugal international after he contributed 11 goals and eight assists in 34 Serie A appearances last term.

Gnabry is likely to ‘be cheaper’ with previous reports putting his value this summer at around £40m with Bayern apparently keen to cash in for the right price.

“There’s no doubt that he’s been one of the best defensive midfielders in the world for a long time now,” Whelan told Football Insider.

“He’s been very successful at Chelsea. It’s strange to see him possibly heading towards the exit door when he is still so influential. Any deal can be struck if the money is right and Chelsea are willing to listen to the offer.

“If he’s not firmly in the plans of Tuchel then he is surplus to requirements with 12 months left, just as you’ve got Raheem Sterling leaving Man City.

“There has to be a certain turnaround and Chelsea won’t want to lose out on any potential fee they can get in. If Arsenal can get him in then he could be very influential for them.”