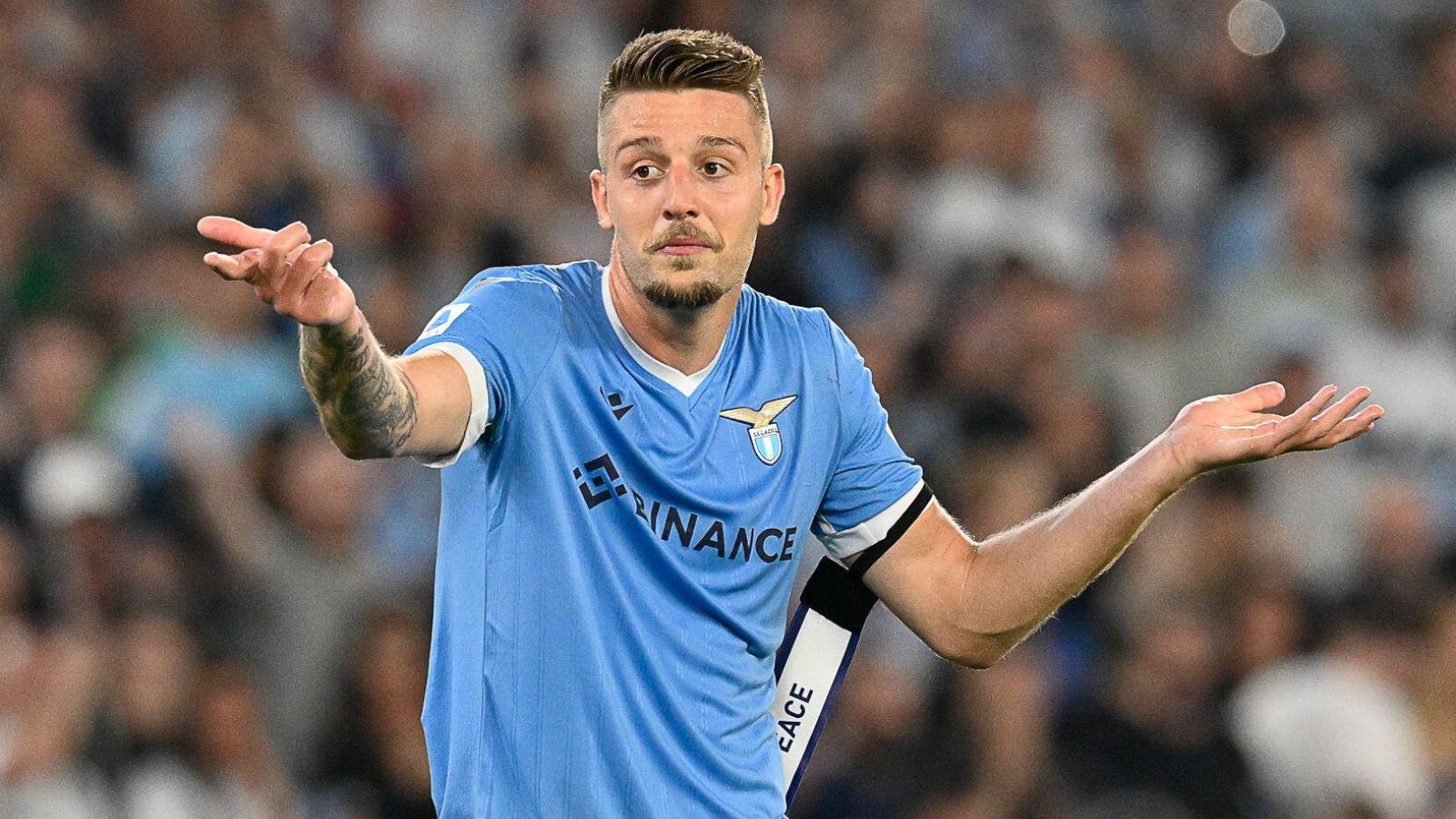 Former Chelsea manager Maurizio Sarri has reportedly ‘tried to push’ Sergej Milinkovic-Savic to Stamford Bridge as the Blues and Newcastle fall short in their opening bids for the midfielder.

It was reported last month that Chelsea had ‘attempted a lunge’ for the Lazio star, with a swap deal involving Emerson Palmieri mooted.

Milinkovic-Savic has (very) frequently been linked with a move to the Premier League, with Manchester United among his reported suitors.

And those rumours continue, as Il Messaggero (via Sport Witness) claim Chelsea and Newcastle have offered Lazio £47m for Milinkovic-Savic’s services.

The report clais the Serie A side are holding out for close to £69m, but the 27-year-old’s agent, former Chelsea striker Mateja Kezman, insists his client will not continue in Rome beyond the transfer window.

Milinkovic-Savic will return to pre-season training with Lazio, but ‘doesn’t want to stay’.

And Lazio boss Sarri is more than willing to see the back of the midfielder, and has in fact ‘tried to push’ him towards Chelsea, as he wants to take both Emerson and Ruben Loftus-Cheek as part of the deal.

But the report states that ‘no negotiations are heated at the moment’.

Meanwhile, Chelsea are reportedly ‘closing in’ on the £45m transfer of Manchester City’s Raheem Sterling.