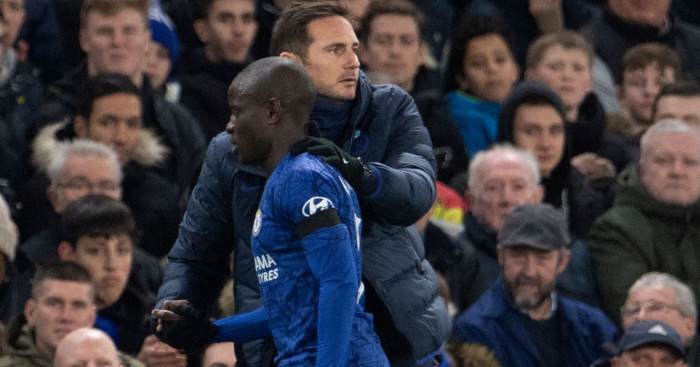 Chelsea midfielder N’Golo Kante was allowed to miss training on Wednesday after expressing concerns over the safety of a return to action amid the coronavirus pandemic.

Kante trained on Tuesday as Chelsea and a number of other Premier League clubs resumed non-contact sessions in the first major step towards a resumption of games.

However, he missed Wednesday’s session with the full backing of the club and manager Frank Lampard.

It is unclear when the France international will train again.

F365 Says: It’s okay to be conflicted about Project Restart

The Daily Telegraph make reference of three factors that may have swayed Kante’s decision, including the death of his father when he was just 11, as well as that of his older brother of a heart attack shortly before the 2018 World Cup.

The midfielder also ‘suffered a frightening health scare’ when he fainted during Chelsea training in March 2018, reported to have ‘slumped to one side in the dressing room’. He was later cleared of any underlying heart issues.

The Daily Mail add that ‘sources claim the World Cup winner is particularly nervous about returning to action given the risks attached to playing while Covid-19 continues to kill hundreds of people per day’.

Mariappa was among three Hornets staff to test positive and the 33-year-old had no idea how he caught the virus.