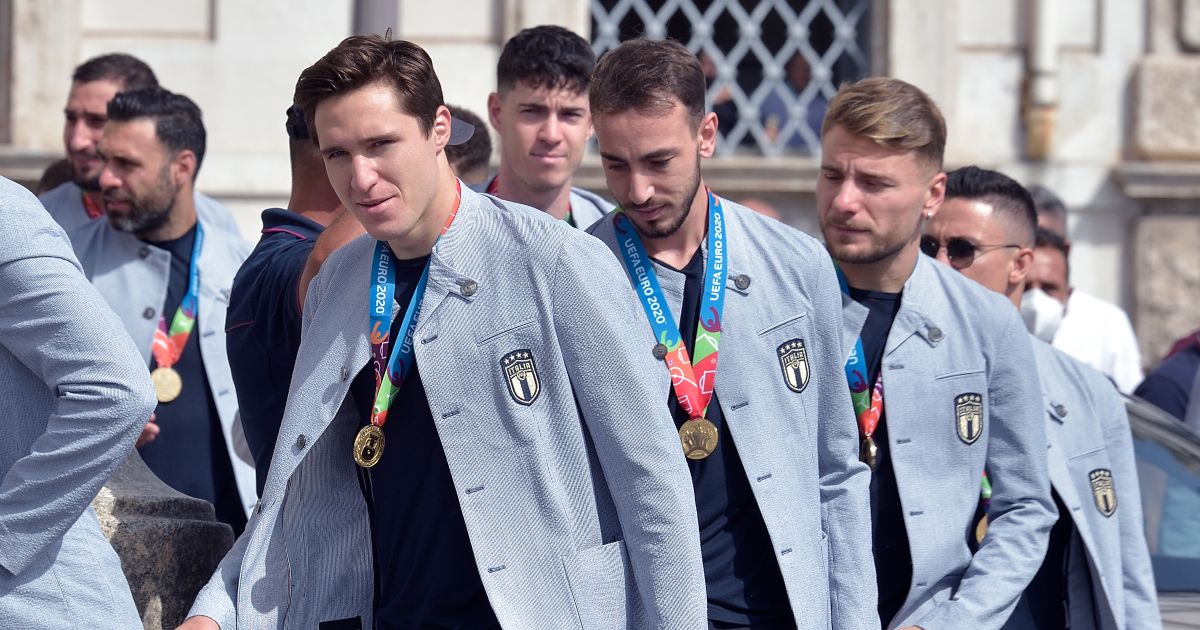 Chelsea have made a huge offer to Fiorentina for winger Federico Chiesa but the Italian club don’t want to sell, according to reports.

The Italy international was touted back as a cheaper alternative to Jadon Sancho before Man Utd agreed a fee for the Borussia Dortmund winger earlier this month.

Chiesa scored ten goals and provided eight assists for his Juventus team-mates in 26 appearances in all competitions last term.

He was named in UEFA’s team of the tournament as Italy beat England on penalties in the Euro 2020 final and increase his value.

Liverpool have also been linked with the 23-year-old with the Premier League outfit apparently told to pay €90m if they want to sign the winger.

And now Sport Bild reporter Christian Falk claims that Chelsea ‘has asked’ Juventus about signing Chiesa and offered €100m as a ‘basis for negotiation’, despite Chiesa actually being owned by Fiorentina.

However, Juventus ‘has declined talks’ as they look to hold onto one of Italian football’s best players.

TRUE ✅ @ChelseaFC has asked @juventusfc for a transfer of @federicochiesa. offered basis for negotiation: 100 mio €. Juventus has declined talks

“I think he’d be a fantastic signing for West Ham,” Hutton told Football Insider. “It would especially enhance their squad a lot. I’ve worked with him, I know what he brings, I know what he gives to the team.

“Tammy Abraham’s a guy who was very in and out at Chelsea last season but still got his goals. He still helped the team. I think the one problem West Ham had last season is when Antonio wasn’t fit, who played? Who came in?

“There are different options there if you bring in the likes of Tammy Abraham. Also, he’s in London, based in London, West Ham are a London club which probably suits him.

“Overall, if they can get the fee right, I doubt it’s going to be a small one, I think it’d be a good move for Tammy. He’ll be looking to burst into that England team as well. Meanwhile, West Ham are trying to improve and stay up in the top half of that table.”