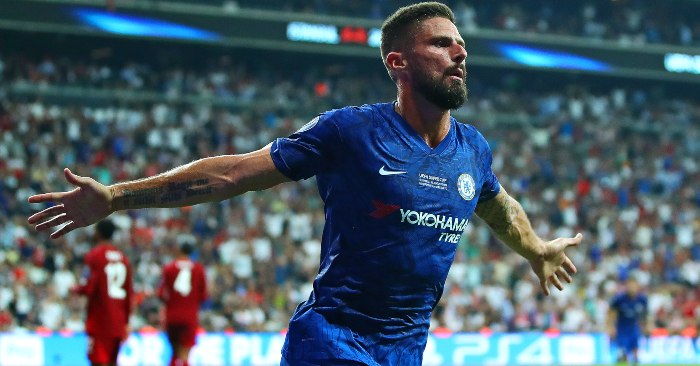 Olivier Giroud is now adamant he wants to sign a new Chelsea contract in a remarkable U-turn.

The World Cup winner looked certain to leave the club in Janaury after just two starts in the Premier League in the first half of the season.

Both Inter Milan and Tottenham were reportedly interested, but the move was blocked as Chelsea were unable to find a replacement.

But the former Arsenal striker has forced his way back into the team in recent weeks, following the injury to Tammy Abraham and the poor form of Michy Batshuayi.

And with his contract up in the summer, Giroud is now keen on an extending his stay in West London.

Asked if he would now like to sign a new deal at Stamford Bridge, he said: “Yes. Yes. Yeah, of course.

“There are a few months to go, games to win and maybe another trophy, and after, you know, I think I have two (or) three nice seasons in front of me. It’s not the time to talk about contracts and everything but I will take a decision when it comes.”

Giroud has now started the last four games in all competitions – something he hasn’t done at Chelsea since May 2018 – and is even relishing the return of Abraham from injury.

“It was a tough month for me,” said Giroud. “I just spoke with the manager and I believed what he said, that I would get my chance and he has given me my chance. I have basically tried to give his confidence back on the pitch.

“I do my job the best that I can and I’m very happy to be back in the team. Of course, my confidence is better. The transfer window is behind me. I’m a Chelsea player, I’m happy here again and that’s the most important thing. Even if I don’t score, I try to help the team.

“My confidence is getting higher and higher because I am playing more games. I don’t know how long Tammy will be out for, to be honest. When he comes back, I will need him to be ready and then we can have a good competition again, which will be good for the team.”