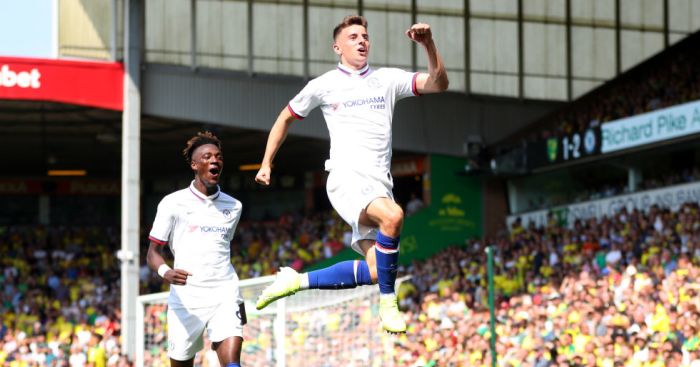 Mason Mount looks set to be included in the England squad for next month’s Euro 2020 qualifiers against Bulgaria and Kosovo, as Gareth Southgate announces the squad on Thursday.

Chelsea teammate Tammy Abraham, who made his senior debut for England against Germany in 2017, could also be included after scoring two in Chelsea’s 3-2 defeat of Norwich on Saturday.

Southgate is a fan of Mount, having invited him to train with the seniors before last year’s World Cup.

The 20-year-old, who has scored two goals in four games so far this season, was called up for the Nations League matches last year but is yet to earn a cap.

James Maddison will be sweating over his inclusion in the squad after Southgate was reportedly unimpressed with his showing at the Under-21 Euros this summer.

Aaron Wan-Bissaka is also expected to join the senior side, but faces stiff competition for the right-back position from Kyle Walker and Trent Alexander-Arnold.