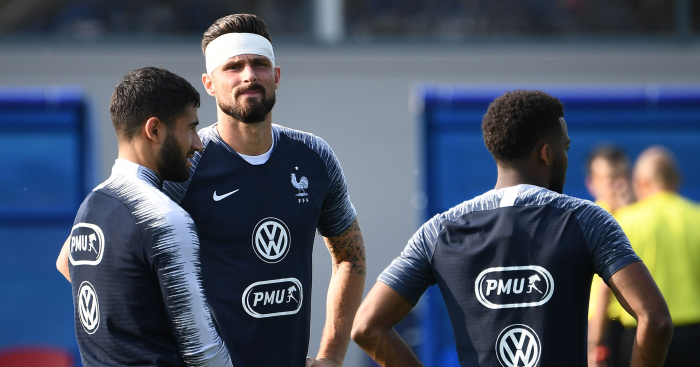 Fekir has been the subject of much speculation over the past few months, and was on the verge of joining Liverpool.

But the move to Anfield broke down after the Reds asked for a second opinion on the player’s medical, angering Lyon officials.

Fekir now looks likely to stay in France, but Chelsea have been linked with a possible late move to sign him.

Giroud confirms the two “discussed Chelsea” during their time together in France’s World Cup-winning squad, while Hazard also spoke to the 25-year-old.

“I spoke to him when we were together in the French national team, when his move to Liverpool fell through,” Giroud told Foot Mercato.

“Then we discussed Chelsea, and I even think that Eden said a couple of words to him.

“We would obviously welcome him, he is a super player, but I don’t know if this is something that could happen as the window closes on Thursday.”