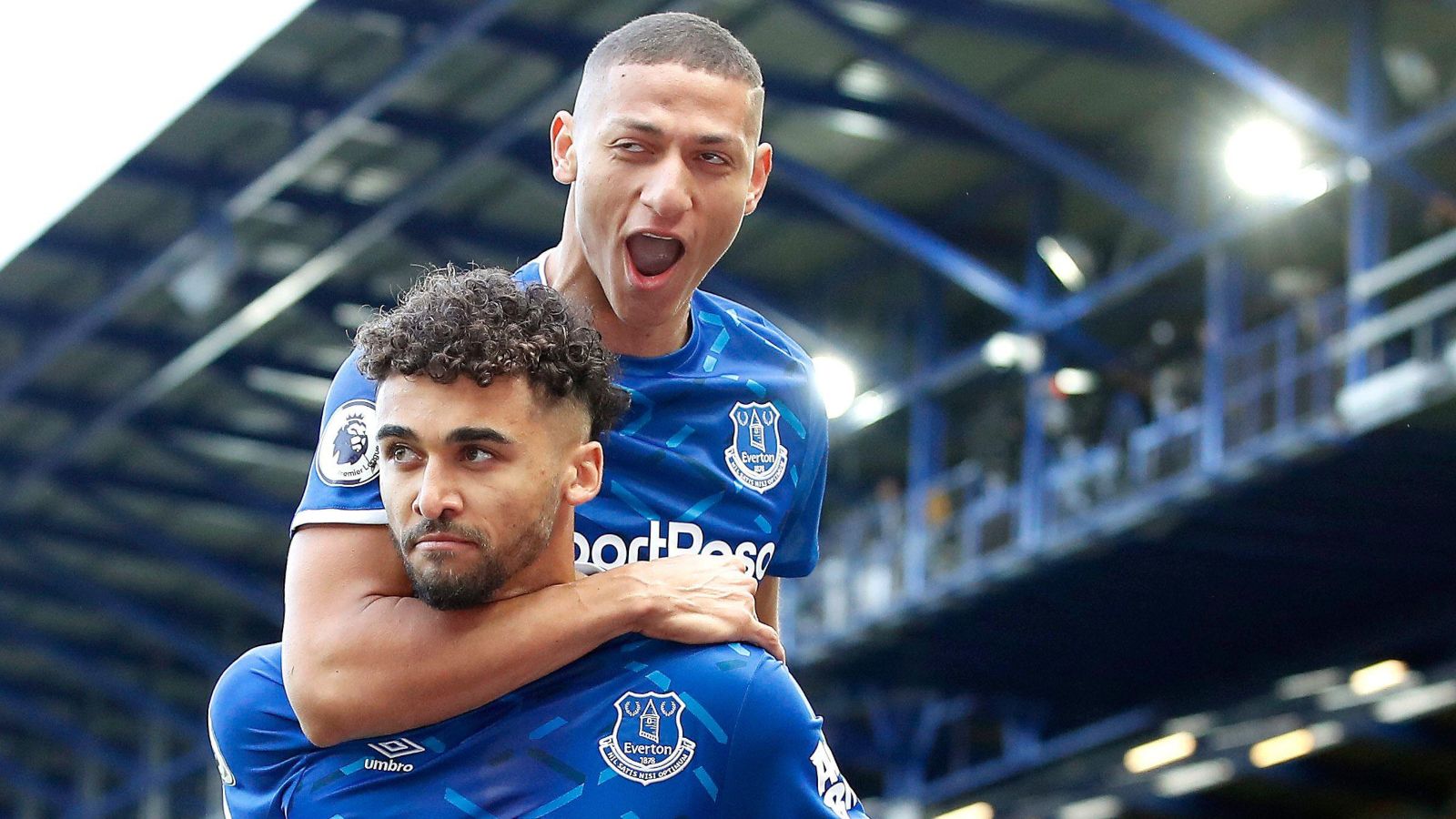 Some Chelsea players have told the club they want to see Everton forward Richarlison playing at Stamford Bridge next season, according to reports.

The Brazilian has been in good form over the past season, contributing 10 goals and five assists in 30 Premier League appearances despite the Toffees battling against relegation for much of the campaign.

Since swapping Watford for Everton in 2018 in a deal that has the potential to rise to £50m, Richarlison has bagged 53 goals in 152 appearances in all competitions.

And those performances have led to rumours that he could leave the club this summer with links to fellow Premier League clubs Arsenal and Tottenham.

Chelsea have now joined the race for his signature too, according to The Sun, with Richarlison ’emerging as the key signing senior Chelsea stars want to see at their club’.

Widespread reports have indicated that the Blues have agreed a loan fee with Inter Milan over a temporary switch for Romelu Lukaku and now Chelsea are looking for a replacement.

However, it is the Everton forward’s ‘characteristic aggression and tenacity are seen as decisive factors in the minds of some players’ who want the club to splash money on Richarlison this summer.

Despite ending the season as the top goalscorer at Chelsea on 15 goals – with only eight of those coming in the Premier League – Lukaku underwhelmed with his performances.

And former Chelsea defender Glen Johnson reckons Richarlison would suit Tuchel’s style of play much more than Lukaku ever did.

Speaking to BettingOdds about the Blues’ reported interest in Richarlison, Johnson said: “I certainly believe he would suit the way Chelsea play more than Romelu Lukaku.

“Whether he’s good enough to be their main man and get 20 goals a season, then I’m not so sure.

“I do like him though and I think he’s a good player and it could be a sensible move if the fee is reasonable.”