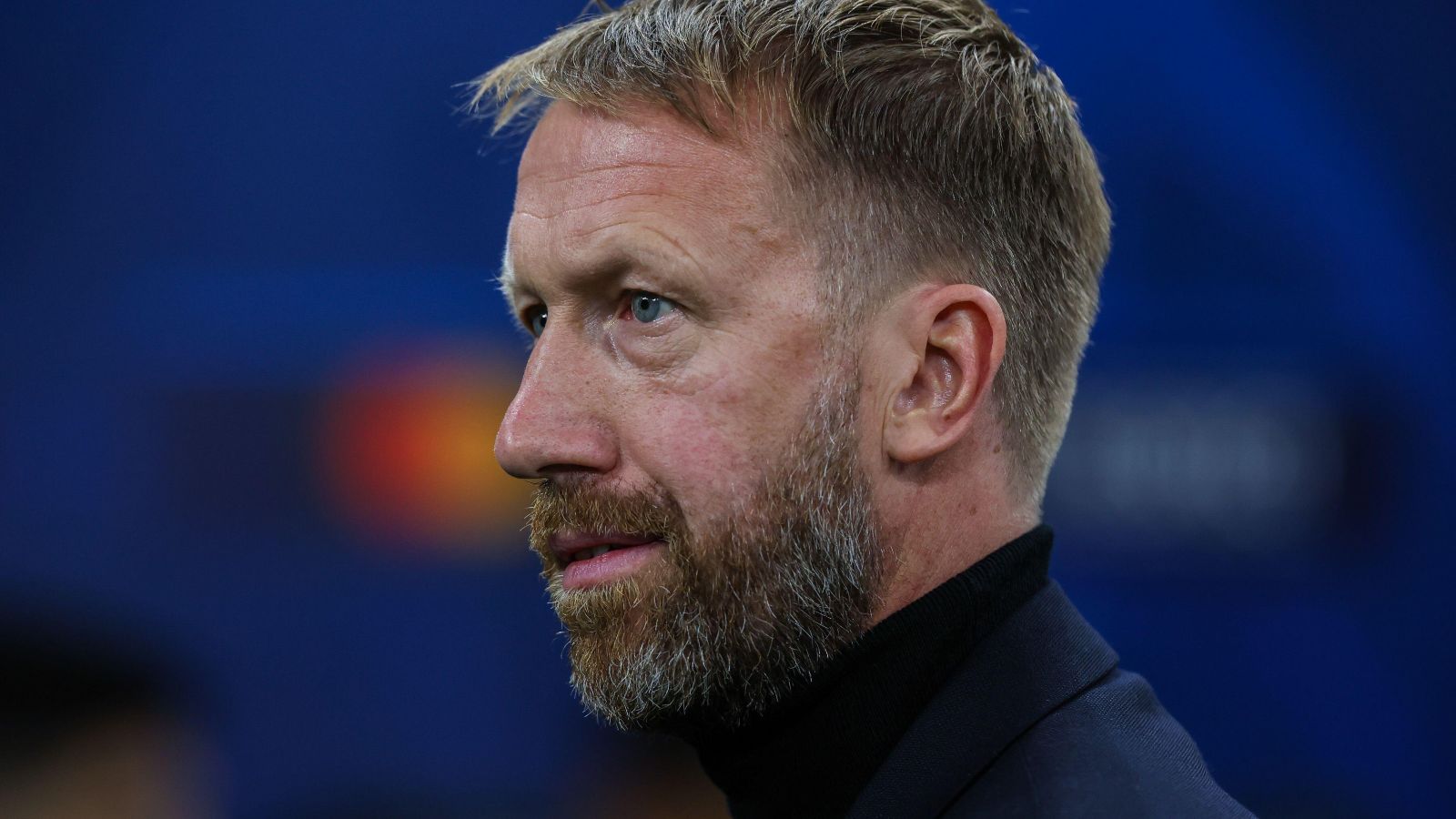 Chelsea boss Graham Potter has insisted that he is purely focused on N’Golo Kante’s fitness even though he is out of contract in 2023.

Kante’s hamstring injury requires surgery so he will not be available to play for France at the World Cup.

The midfielder’s contract expires next year and a string of injury issues have ravaged his last three seasons at the Premier League club.

Chelsea are understood to be chasing new midfield recruits in January and the summer, but manager Potter insisted the Blues’ only focus now is to help Kante recover from his latest setback.

Asked if Kante’s injury could affect his contract situation, Potter replied: “No, the most important thing for us and for me is that we help him get fit. That’s the focus.

“He’s got a long road ahead of him, so we’ve got to make sure we get the right plan and recovery for him.

“And when he’s enjoying his football we can think about those things then.”

Potter conceded there is precious little he can do to soften the blow for either Kante or James, instead focusing on helping both stars attack their rehab.

“The reality is I haven’t got anything to say that will make it any better for them,” said Potter.

“We just have to focus on the things you can control, your rehab, go day to day. Then things start to get better and then you can move forward.”

Chelsea will host Manchester United on Saturday in the Premier League, with Trevoh Chalobah itching to extend his already impressive Blues record.

The 23-year-old centre-back has never lost when starting a match for Chelsea – a record that has now stretched to 30 games.

Academy graduate Chalobah has battled hard for his chances in west London, always fighting it out with more experienced and higher-profile rivals.

New boss Potter admitted he has been extremely impressed by Chalobah and his “soldier” attributes to produce both quality and quantity for Chelsea.

“I’ve been very impressed, very, from day one, I have to say,” said Potter.

“Because he wasn’t in the team in the first couple of games but acted perfectly, trained really well, very professional, very determined, very impressive character.

“He’s very focused on his football, wants to play, wants to help the team, wants Chelsea to win.

“So he’s great in that regard, and he’s a bit of a soldier, he’s played all the games.

“We’ve had some problems in terms of availability for players, but he’s stood up there, stood in for us and played to a really good level.”

Asked if the uncapped Chalobah should merit an England call-up, Potter added: “I’m not surprised that he gets that link, but thankfully that’s not my problem, that’s somebody else’s.

“He’s playing every week for us, and again that’s a decision for Gareth to make, not me.”