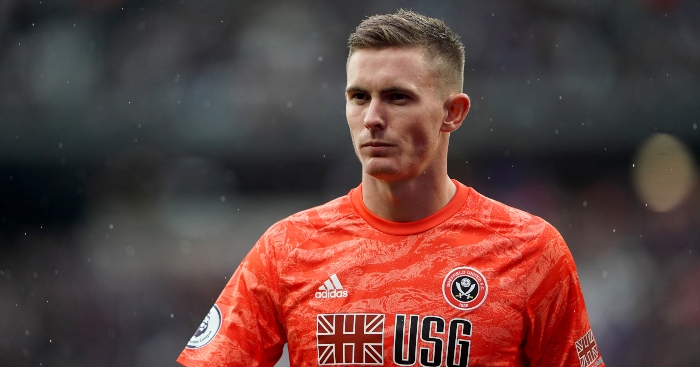 Chelsea are looking to once again flex their financial muscle by reportedly making a move for Manchester United star Dean Henderson.

Henderson has impressed in the Premier League on loan at Sheffield United this season, and is widely being tipped as the future England No.1.

Ole Gunnar Solskjaer has confirmed that Henderson will at some point be first choice at United, but he may have to wait his turn with David de Gea currently in possession of the jersey.

And Chelsea have smelt an opportunity to lure Henderson away from Old Trafford, according to The Sun.

Frank Lampard is seemingly on the look out for a new goalkeeper as Kepa Arrizabalaga has so far failed to adapt to life in the Premier League – we suggest he’s among six players facing a nine-game audition for their futures.

Andre Onana, Nick Pope and Fraser Forster have all been linked with a move to Stamford Bridge, and Henderson appears to have been added to that list, with Chelsea readying a serious bid.

Henderson knows that he is likely be loaned out again if he commits to a new United deal, whereas Chelsea offer a genuine chance of first team football.