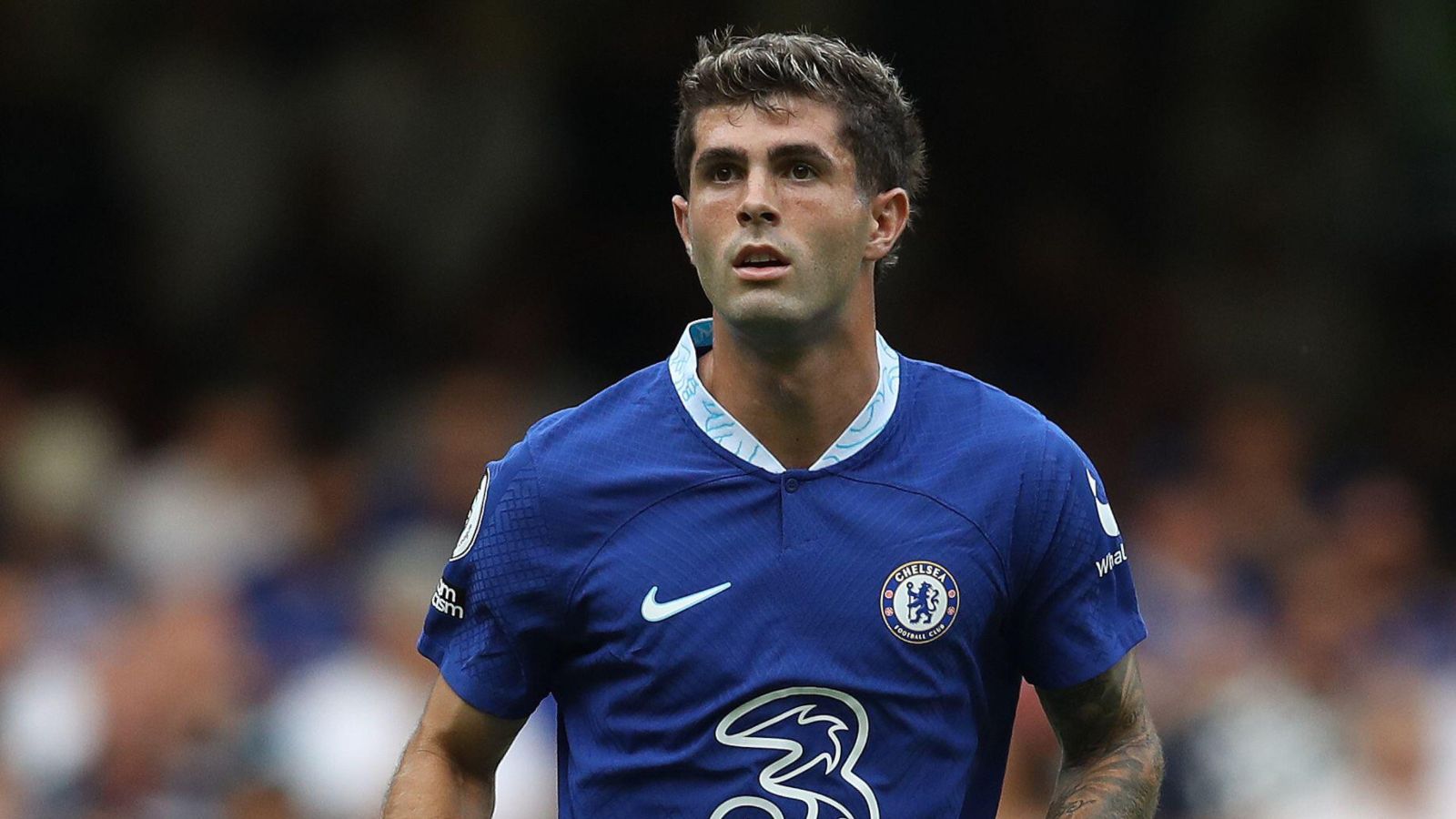 The American moved from Borussia Dortmund to the Blues for £58m in 2019 but he’s struggled to nail down a regular starting spot at Stamford Bridge.

In his three seasons at Chelsea so far he’s failed to start more than 19 Premier League matches in a campaign with Pulisic featuring just 13 times from the off for Thomas Tuchel in the league last term.

And he could well leave Chelsea this summer with plenty of interest in the winger, who contributed six goals and two assists in the 2021/22 Premier League season.

The Athletic insist that Man Utd are ‘considering’ a loan move for Pulisic with Newcastle United, Juventus and Atletico Madrid all making ‘approaches for the player’.

Pulisic has been ‘frustrated with his lack of starts’ under Tuchel and Chelsea ‘know the player is frustrated and are willing to listen to loan offers’.

It is understood that Pulisic ‘would prefer’ a move to Man Utd, to the shock of football fans worldwide, who have watched the Red Devils reportedly lose out on transfer targets all summer.

‘Newcastle want Pulisic because they know he can play in three positions across the front three, both wings, as a number 10 or 8, and such versatility appeals to Manchester United, who have spoken about signing Pulisic before he joined Chelsea.’

Man Utd have signed Tyrell Malacia, Christian Eriksen and Lisandro Martinez so far this summer and they are desperate to bring in more to strengthen their squad.

An 2-1 opening weekend defeat to Brighton in Erik ten Hag’s first game and a disastrous 4-0 loss to Brentford on Saturday gave Man Utd the worst possible start to the new campaign.

And now Man Utd supporters’ group The 1958 are planning to protest against the “vile” ownership of their club ahead of the match against Liverpool.

A statement read: “Today we release our plans for the Liverpool game. A game that will have the eyes of the world watching. A game for United fans to come together and show the world our deep discontent for this vile ownership,” The 1958 group said in a statement released on Tuesday evening.

“An ownership that is systematically starving and killing the greatest football institution in world football, for greed.

“We can not allow this to happen any longer! This is not about division, this is about unity. All United fans have the right to protest with the 1958 or individually.

“It is not about confrontation. Anything else plays completely into the Glazers hands.

“So, as we have said before, put our differences aside and come together. Join the march from 7pm. Protest on the forecourt. We will plant our flag as a focal point. Be loud, be proud, stand as one!

“We appreciate emotions are running high. We must keep it legal, we must keep it peaceful, we don’t want any Reds getting lifted and giving the Glazer propaganda machine a chance to spin the narrative.

“Bring the heat, bring the noise, bring the passion. Let’s show the Glazer family that this time it will not blow over.”