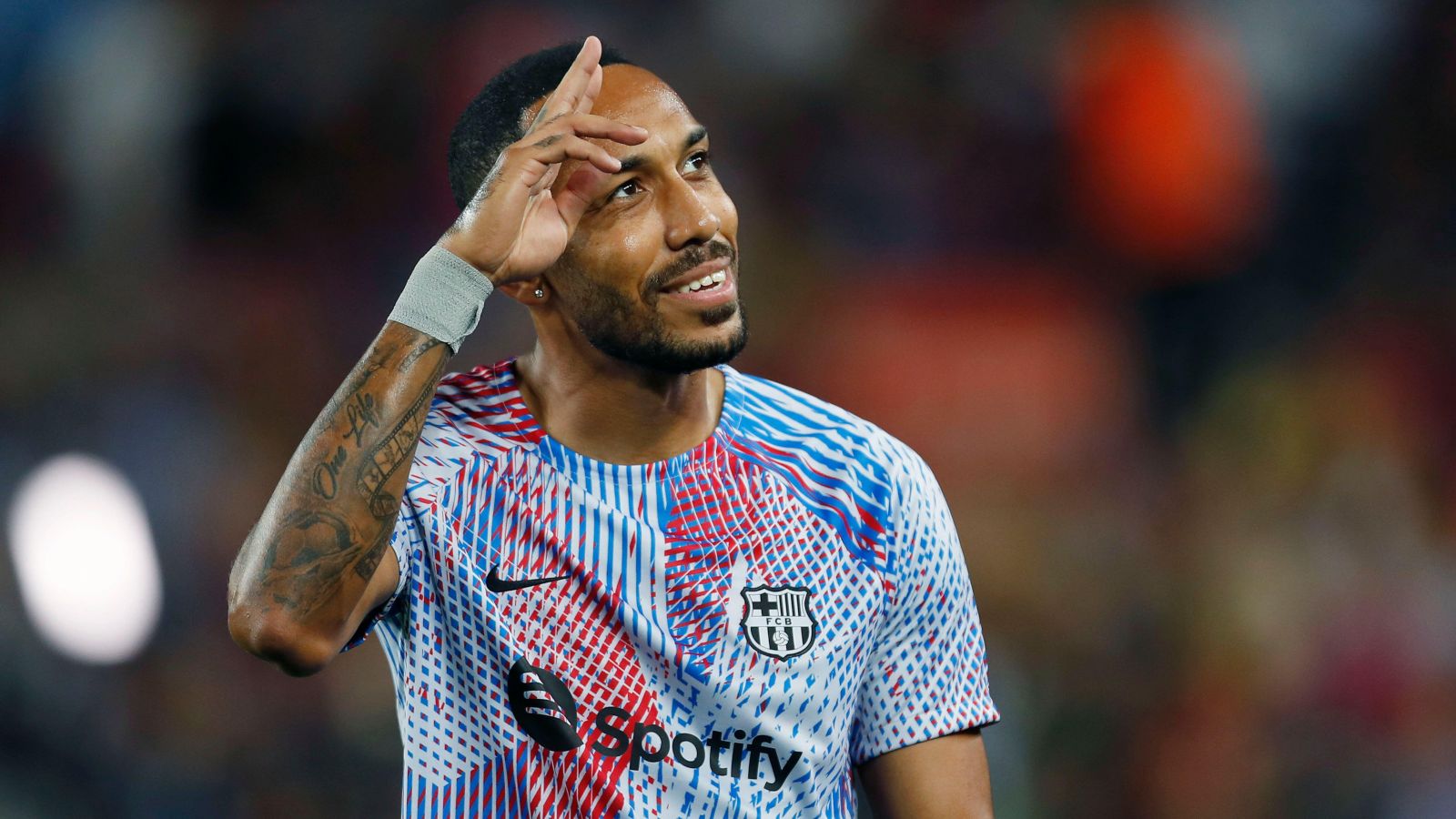 Chelsea are set for further ‘intensive talks’ over a move for Pierre-Emerick Aubameyang on Wednesday as they ‘put all the meat on the grill’ to land the the striker from Barcelona.

Manager Thomas Tuchel has made the Gabon international – who played under him at Borussia Dortmund – his top goalscoring target this summer, with owner Todd Boehly trying desperately to get a deal over the line.

Reports have claimed Chelsea and Barcelona are close to an agreement for the 33-year-old, who left Arsenal for the Spanish giants in January.

The arrival of Robert Lewandowski, paired with Barcelona’s need to reduce their wage bill, has meant Aubameyang is up for grabs, though a fee is yet to be agreed.

The Athletic claim there ‘remains no agreement’ between the clubs, or indeed between Chelsea and the player, though a ‘compromise is expected to be found on the player side if the club-to-club part is solved’.

The report adds: ‘A new consideration for Chelsea is that the 33-year-old is believed to have suffered a broken jaw during a struggle with intruders when his home in the Catalan city was burgled on Sunday.

‘It is unclear to what extent the problem will affect Chelsea’s thinking. There is no indication it will cause the switch to collapse, yet it does add another issue into a complicated situation.’

The idea of a loan move has also now reportedly entered the conversation between the parties, with Chelsea concerned by the length of contract required to lure Aubameyang to Stamford Bridge.

But Spanish outlet Sport are more optimistic, claiming they expect Chelsea to have secured Aubameyang in a ‘matter of hours’ after Chelsea ‘put all the meat on the grill’ to satisfy Tuchel.

When asked if Chelsea need to sign a new striker before the end of the window, Tuchel said after Chelsea’s 2-1 defeat to Southampton: “We’ve been talking about this since I’m here, it’s not a problem.

“But scoring, not scoring, this is now the wrong question, we did score here and it’s not forbidden to keep a clean sheet.”